After sitting out the opening two preseason fixtures, LeBron James and Anthony Davis are set to feature against the Phoenix Suns. 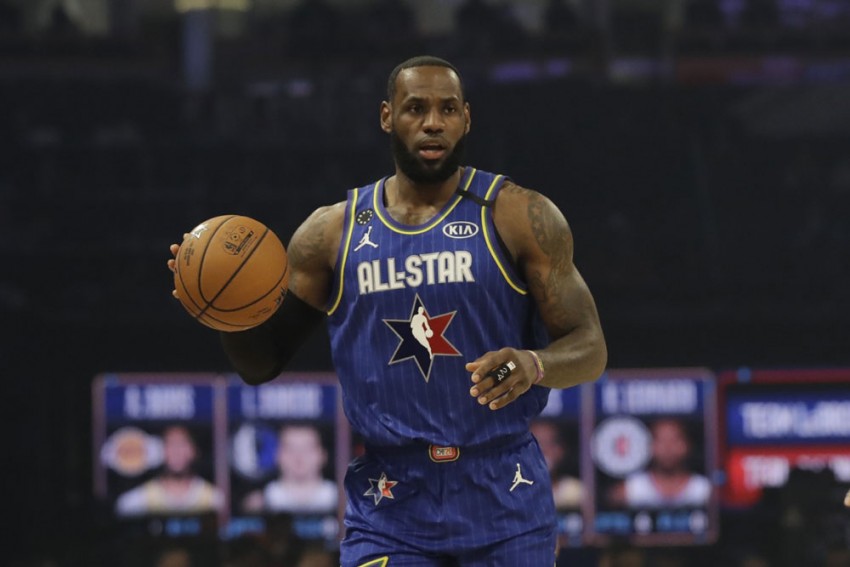 Los Angeles Lakers duo LeBron James and Anthony Davis will take to the court for the first time in preseason on Wednesday. (More Sports News)

James and Davis sat out the opening two preseason fixtures against city rivals the Los Angeles Clippers after leading the Lakers to their first NBA championship in 10 years in October.

But Lakers head coach Frank Vogel said James and Davis will make their preseason bows in the midweek clash with the Phoenix Suns.

"I do plan on playing AD and LeBron some first-half minutes, but just to kind of get their feet wet," Vogel told reporters on Tuesday.

The Lakers start their title defence against Kawhi Leonard's Clippers on December 22 and Vogel added: "I just want to see them go out and try to get a rhythm. Get comfortable with some of their new team-mates and try to get their legs under them a little bit.

"We've been trying to intentionally every day monitor the amount of work put on those guys after the shortest offseason in history, and that will be no different with these next two preseason games."

First flight of the season pic.twitter.com/iQfUt2pGzt

James agreed a two-year, $85million deal, while Davis reportedly signed a five-year contract worth $190m after opting out of the final year of his previous agreement – making him a free agent.

Davis and James became the first pair of team-mates in NBA history to each have 500-plus points and 200-plus rebounds in the same postseason.

The first overall pick in 2012 by the New Orleans Pelicans, Davis averaged 26.1 points in the Lakers' title-winning campaign – the most by any team-mate of James' when appearing in at least 70 per cent of games.

James earned his fourth Finals MVP, becoming the first player in NBA, MLB, NFL and NHL history to win the Finals MVP with three different teams, having also received the honour with the Cleveland Cavaliers and the Heat, per Stats Perform.

Last season, James appeared in 67 games and averaged 25.3 points, a career-best and league-leading 10.2 assists and 7.8 rebounds per games, while he averaged 27.6 points, 10.8 rebounds and 8.8 assists in the playoffs.

One of six players in NBA history to average 25 points and 10 assists in a single season, James earned a league-record 13th All-NBA First Team selection, while being selected as an All-Star for the 16th time in his career.