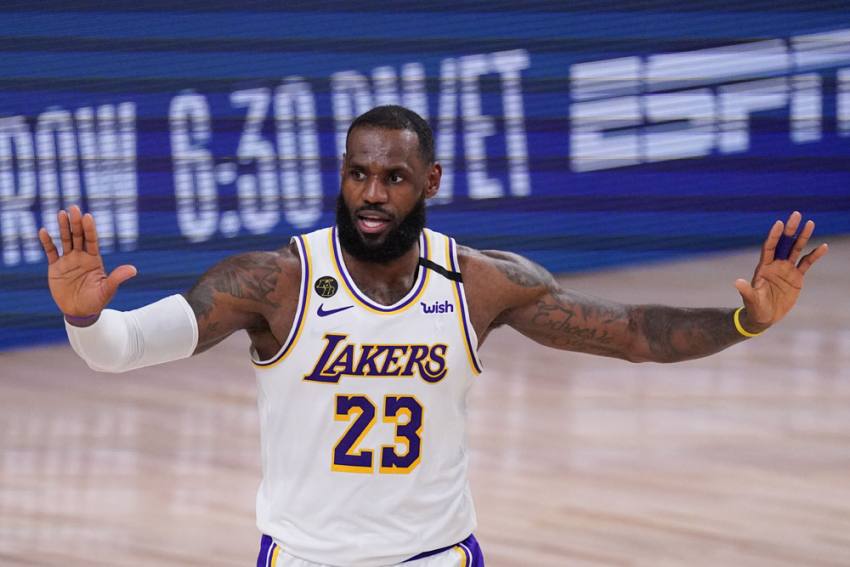 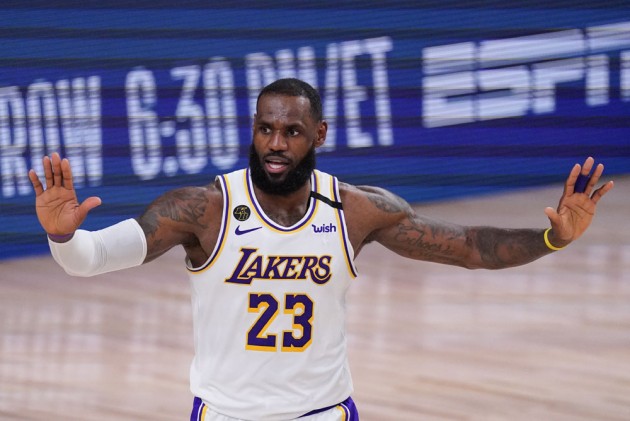 The Los Angeles Lakers are on the cusp of the NBA Finals after holding off Jamal Murray and the Denver Nuggets 114-108 in Game 4 of the Western Conference finals. (More Sports News)

LeBron James and fellow All-Star Anthony Davis led the top-seeded Lakers, who moved 3-1 ahead in the NBA playoffs at Walt Disney World Resort on Thursday.

James put up 26 points, nine rebounds and eight assists in a performance just shy of a triple-double, while Davis had a game-high 34 points.

There was a worrying moment in the fourth quarter when Davis rolled around in pain after landing on his ankle, but he continued.

More angles of Jamal Murray's RIDICULOUS up & under!

Murray dazzled once again in Orlando, Florida, where the Nuggets star posted 32 points and eight rebounds – including a memorable Michael Jordan-esque drive to the basket.

But the Nuggets – who became the first team in NBA history to overcome a 3-1 deficit to win a series twice in the same postseason en route to the Conference finals – find themselves in a familiar position, down 3-1.

The Lakers' dominance off the boards proved decisive as the Nuggets failed to make a field goal during the last three minutes, 28 seconds – missing their final five attempts.

Now, the Lakers are one win away from their first trip to the NBA Finals since winning their last championship in 2010.

The Miami Heat can book their spot in the NBA Finals with victory over the Boston Celtics in Game 5 of the Eastern Conference finals on Friday.