After winning 6-2 in the previous meeting at Old Trafford, Manchester United were unable to find a way through at Elland Road 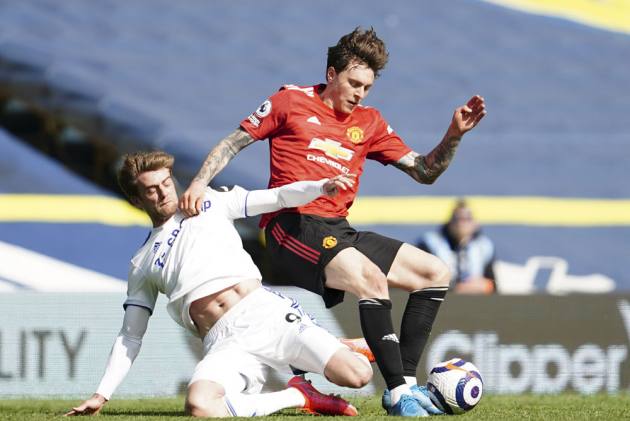 Manchester United saw a five-match winning run in the Premier League come to a halt as they had to settle for a 0-0 draw at Leeds United on Sunday. (More Football News)

Ole Gunnar Solskjaer's side had been far too hot for their trans-Pennine rivals to handle in the December meeting at Old Trafford, Scott McTominay scoring twice inside the opening three minutes in a stunning 6-2 triumph.

However, a first league trip to Elland Road since October 2003 failed to provide anywhere near the same level of drama and excitement.

The Red Devils do extend their unbeaten away run in the Premier League to 24 games – Arsenal's domestic top-flight record of 27 is well within their sights – but the draw leaves them 10 points behind leaders Manchester City, who could now clinch the title as soon as next weekend.

Angus Kinnear provided more entertainment in his programme notes than a tepid first half played out in pleasant late-April sunshine, Leeds' CEO having heavily criticising the "self-proclaimed big six" of English football for their involvement in the breakaway European Super League.

Illan Meslier reacted quickly to turn away a powerfully struck Marcus Rashford free-kick, while the only attempt on target for the hosts before the interval saw Stuart Dallas shoot straight at Dean Henderson.

Leeds felt a penalty should have been awarded when a Jack Harrison cross struck Luke Shaw on the arm, but a check by video assistant referee Mike Dean ruled it not to be deliberate.

Bruno Fernandes – closely watched for much of the game by Kalvin Phillips – dragged an attempt wide of the target following good work by Aaron Wan-Bissaka as the visitors showed greater urgency after the interval.

Edinson Cavani was introduced late on to bolster the attack but there was no breakthrough, Leeds again showing they can compete with those connected to the failed Super League having previously drawn at home this season with Arsenal, Chelsea, Liverpool and champions-elect City.