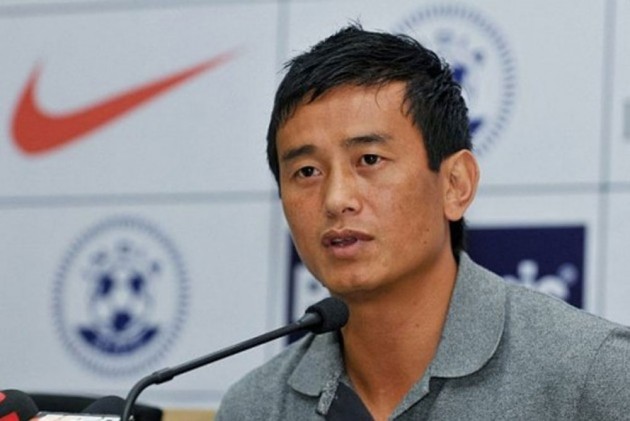 Former captain Bhaichung Bhutia on Wednesday hailed the Indian football team's performance in the goalless draw against Asian champions Qatar in the FIFA World Cup 2022 qualifiers, terming the result as a "great achievement".

He said the result can motivate the Indian players to have a shot at advancing further to the next round.

"It was a big achievement, drawing against Asian champions Qatar and that too in Qatar. This match should motivate the players to do well and instill confidence in the upcoming matches (of the World Cup qualifiers)," Bhutia told PTI.

"The boys have played well against Oman and Qatar and if they continue in the same way, there can be a possibility for India to make it to the next round, you never know. But it should not be a one-off performance and they should maintain it in the matches coming up," he added.

Igor Stimac's side survived waves of attacks from Qatar to hold the reigning Asian champions to a goal-less draw to steal an unexpected point from their away match of the FIFA World Cup qualifiers in Doha on Tuesday.

Also Read: 'Son Of The Soil' Baichung Bhutia Gets 70 Votes In Gangtok, Loses Both Seats In Sikkim

India play their third Group E match against Bangladesh in Kolkata on October 15, followed by games against Afghanistan (away match) on November 14 and Oman (in Muscat) on November 19. India will play against Qatar in their home match on March 26 next year.

The winning team of each of the eight groups and the best four second-placed sides will go further to the next round of the World Cup qualifiers.

Goalkeeper Gurpreet Singh Sandhu was the star of the match as he single-handedly stopped the Qataris from scoring any goal by making at least 10 saves.

Also Read: 'More Than Happy' To Secure A Point Against Qatar, Says Stimac

"He was simply outstanding and he was the main reason (for the draw)," the 42-year-old Bhutia said of Gurpreet who also wore the captain's armband in the match against Qatar.

Talking further about the match against Qatar, Bhutia, who played 104 international matches between 1995 and 2011, said, "India defended really well, the players maintained the shape and remained compact throughout.

"Against Oman, India were dominating in the first half but let in two late goals. So, against Qatar it was very scary (thinking India may concede late goals) but in the end they were able to keep their nerves and did not commit any mistake."

He, however, said that it's early to judge head coach Stimach as he is new to the job.

"It is too early to say anything about the coach. India has done well so far in these World Cup qualifiers and it should not be about one match or two matches. It should be consistent," said the former striker, who was known as 'Sikkimese Sniper' in his playing days.