IM Vijayan, who turned 51 last month, lauded Sunil Chhetri for his longevity and urged the youngsters to idolise the 35-year-old's work ethic 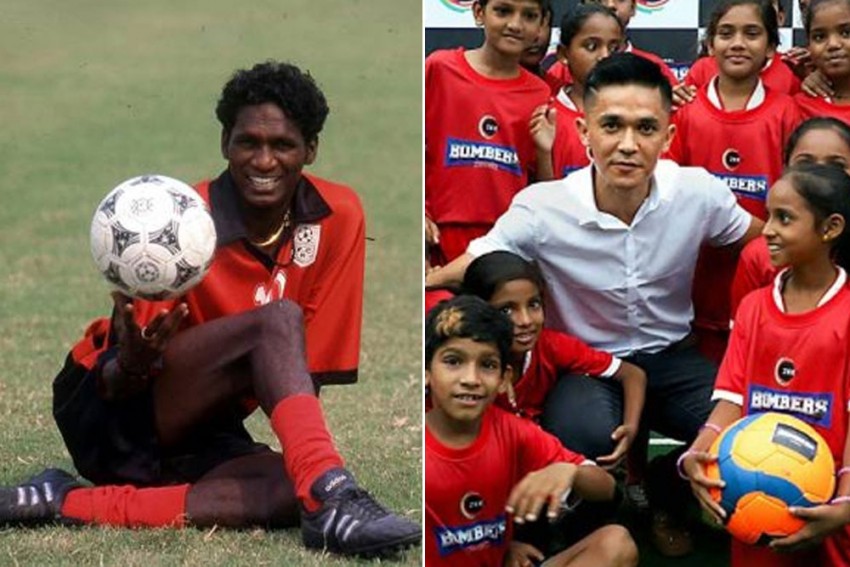 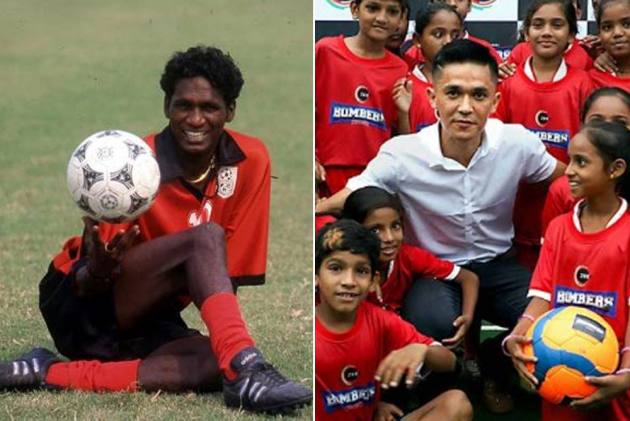 Legendary IM Vijayan has called on young and aspiring footballers to follow in the footsteps of national team skipper Sunil Chhetri, who according to him is a symbol of "dedication and resolve ". (More Football News)

Vijayan, who turned 51 last month, lauded Chhetri for his longevity and urged the youngsters to idolise the 35-year-old's work ethic.

In a live chat with Chhetri on Instagram, Vijayan said: "I follow your matches and the dedication and resolve with which you play for your club and country is brilliant. The number of matches you have played for India and the number of goals you have scored -- it's a huge achievement.

WATCH: Vijayan Turns Back The Clock With Wonder Goal

"I have spoken to many youngsters and upcoming players including Sahal (Abdul Samad) and Ashique (Kuruniyan), and I tell them to look at you. The way you play and the things you do -- I ask them to take you as an example," he added.

Chhetri is India's most capped footballer with 108 appearances. The talismanic striker is also the second-highest international goal scorer. With 72 strikes, he is sandwiched between Cristiano Ronaldo (99 goals) and Lionel Messi (70).

Vijayan, one of the greatest footballers India has produced, also advised the young players to remain grounded and not let fame get over their head to be successful in life.

"It is a simple thing. Life is short and your football-playing time is short. You play football with your feet but you should not let it go to your head -- otherwise, it can be a dangerous fall," he said.

Chhetri spoke about Vijayan's humility as well and mentioned that he played football "purely" for the love of the sport.

He also recollected watching one special Vijayan goal in 2005.

"Vijayan was playing for Churchill Brothers at the time. I was watching the game and he came on a substitute. He didn't look quite fit but there was a cross and there were two defenders, but he took the ball on his chest and back-volleyed it into the top corner, from outside the penalty box," Chhetri recalled.

"The way he used to score goals used to amaze everyone. He was an absolute pleasure to watch. He is by far the most skilful and innovative player I have seen."