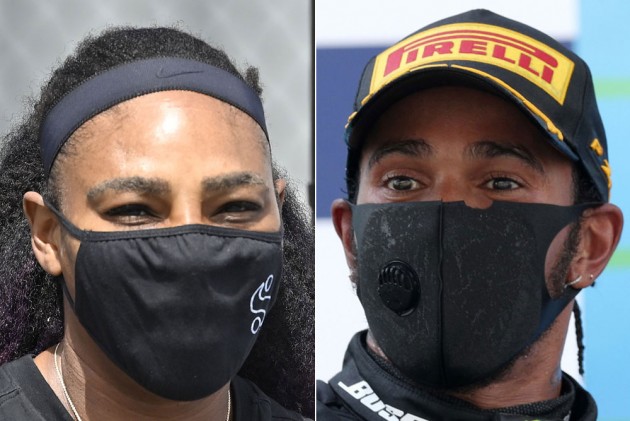 The Briton, a six-time world champion, will start from pole at Sunday's Russian Grand Prix after he avoided a penalty for leaving the track during qualifying.

If he can hold off the challenge of his rivals, the 35-year-old will equal Schumacher's total of 91 grand prix victories, and long-time fan Williams – who is chasing a landmark of her own at the French Open – is certain Hamilton will ultimately surpass the German.

"He is for me the greatest driver that our generation has seen," said Williams on her 39th birthday as she prepared to challenge for a record-equalling 24th grand slam title.

"I'm confident that he will break the record of Michael Schumacher, who was also a fabulous driver.

"I look at what he does training, physically, his job, it's really no words for it, to be honest."

Hamilton has campaigned for greater diversity in motorsport and has never been afraid to speak his mind, which is a quality Williams has come to admire in him.

"Lewis is so intense," she said. "If you know anything, even if you're a fan, you know he lives his life on his sleeve. He's very emotional. He says what he says.

"That's just who he is. He doesn't care who you are. That's one thing I've grown to really appreciate about him, as well."

Hamilton has won six times already this season, including last time out at the Tuscan Grand Prix at Mugello.

Williams, seeded sixth in Paris, opens her campaign at Rolland Garros against Kristie Ahn on Monday and, while history may beckon, she is happy just to be playing at such a ripe age.

"I honestly never thought I would be playing at my age," she admitted.

"But I could have guaranteed and pretty much bet my life that I would not have been playing at 39. This is why I don't bet."