Montpellier's third straight win on Saturday extended their unbeaten record against Brest in the French top-flight league. It also lifted Olivier Dall'Oglio's side to fourth in the Ligue 1 standings. 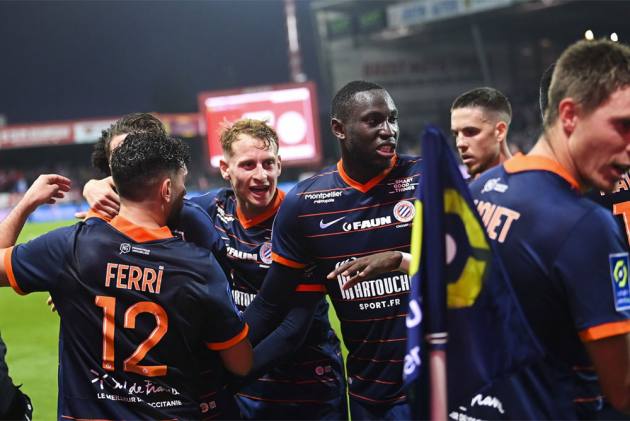 Montpellier's third straight win on Saturday extended its unbeaten record against Brest in the top flight, and lifted Olivier Dall'Óglio's players to fourth in the standings.

Both coaches faced their former club: Michel Der Zakarian was appointed Brest coach in June after he left Montpellier. He succeeded Dall'Oglio, who joined the southern side.

Brest played with pace in the first half but could not convert its chances and was punished against the run of play just before the interval as Elye Wahi headed home a a cross from Teji Savanier.

The goal gave the visitors a new lease of life and Montpellier striker Stephy Mavididi made it 2-0 three minutes into the second half with a superb half-volley.

Junior Sambia gave more luster to the win at the hour mark after Savanier — Montpellier's best player this season — set up Valere Germain in the box with a lofted ball over the Brest defense. Germain flicked the ball for Sambia, who scored into an empty goal.

Germain completed the rout five minutes from time with a shot to goalkeeper Marco Bizot's right side.

Brest is 12th in the standings, four points behind Montpellier.

"To come and win here is complicated, congratulations to the lads," Dall'Oglio said.

"We can feel there is confidence, our strikers are trying things. Let's not get carried away. We were clinical up front, there is not a four-goal difference between these two teams."

In his first match in charge, interim coach Julien Sablé could not turn last-placed Saint-Etienne's fortunes around at Reims. Saint-Etienne was reduced to 10 men just before the interval when Denis Bouanga was dismissed. They lost 2-0.

Sablé was appointed as a provisional replacement for Claude Puel, who was fired following last weekend's 5-0 home loss.