The punishment means Nice will drop to fifth place — one point behind Marseille — in the standings, with six points from three games 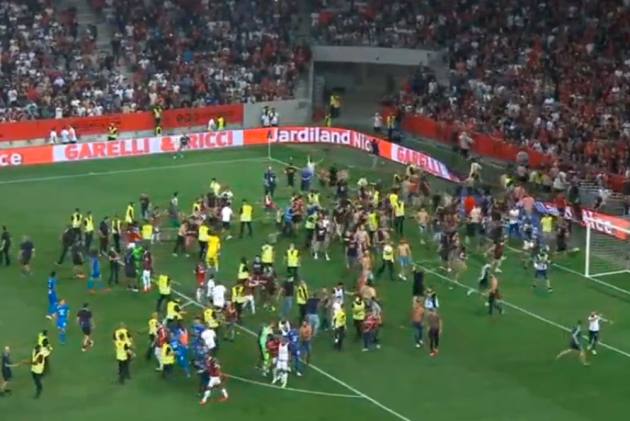 French club Nice has been handed a two-point penalty, with one suspended, following fan violence last month during a game against Marseille, the French league said. (More Football News)

The league's disciplinary commission said the game, which was abandoned with 15 minutes left after home fans threw projectiles and invaded the field, will be replayed at a neutral site and without fans.

Following the violent incidents, Nice had to play its next home match without supporters. The league said the Riviera club will have to play two extra games behind closed doors, including the replay against Marseille.

The punishment means Nice will drop to fifth place — one point behind Marseille — in the standings, with six points from three games.

Pablo Fernandez, a member of the Marseille staff who was involved in the scuffle, was suspended through next June while Marseille player Alvaro Gonzalez was handed a two-game suspension. Dimitri Payet escaped with a one-game suspended sentence.

During the game, Payet was hit by a bottle and fell to the ground. He got back up and threw it at home fans, prompting a significant number of Nice supporters to rush the field. Blows were exchanged between players and staff members as security officials and riot police struggled to regain control.

The game was suspended for nearly 90 minutes, with Marseille then refusing to come back out to finish the game. Nice was leading 1-0.