Lionel Messi has been handed a ban and fine after his red card during Argentina's Copa America win over Chile in the third-place play-off. 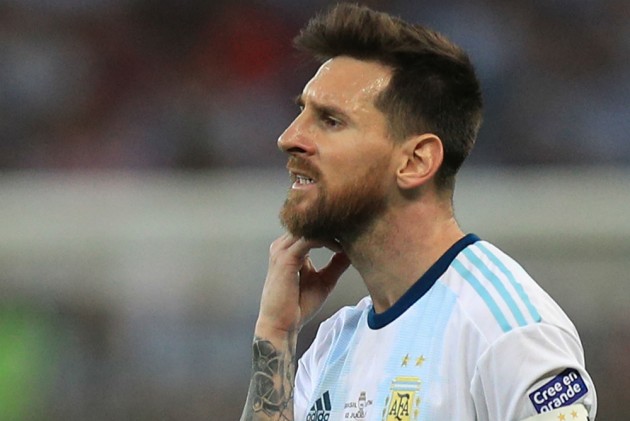 Lionel Messi has been handed a ban and fine after his red card during Argentina's Copa America win over Chile in the third-place play-off.

Messi, 32, will serve a one-match suspension after his altercation with Gary Medel, also sent off, during Argentina's 2-1 victory earlier this month.

In a statement on Tuesday, CONMEBOL also confirmed the Barcelona star had been fined $1,500, with no appeal possible.

The single judge of the disciplinary tribunal confirmed "the automatic suspension imposed on the player Lionel Andres Messi, not agreeing on any additional suspension" while imposing the $1,500 fine.

Messi, controversially sent off, railed against "corruption" and "a lack of respect" following his red card.

His statements angered the governing body, which hit back at what it felt were "unfounded accusations".