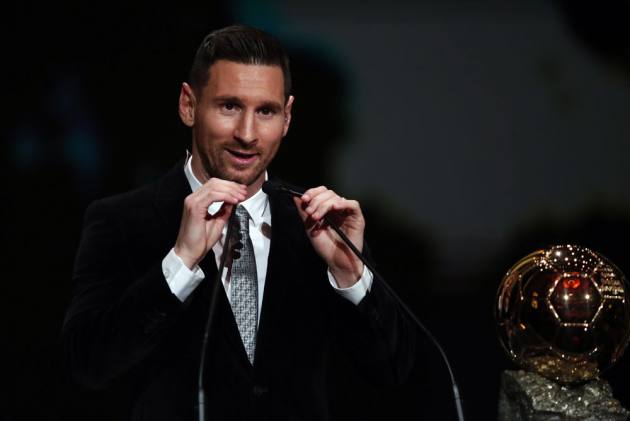 Lionel Messi could play until he is almost 40, according to long-time Barcelona team-mate Xavi. (More Football News)

The six-time Ballon d'Or winner, 32, was in typically stellar form for Barca this season, scoring 24 goals in all competitions before the coronavirus pandemic brought a halt to proceedings.

Messi has arguably never been so important to the Blaugrana's overall chances of success and Xavi feels the Argentina superstar has plenty left in the tank – both at club and international level.

"He's still got five or seven very good years left in him," Xavi said of Messi during an Instagram chat with another ex-Barca forward in Samuel Eto'o.

6 - Barcelona's Lionel Messi is the only LaLiga player scored at least six goals from direct free-kicks in each of two different seasons in the 21st Century (2017/18 and 2018/19). Master. pic.twitter.com/mUpHPfRfvt

If Messi reaches those levels of longevity, Xavi will seemingly hope to have taken charge of him as head coach.

The Al Sadd boss held talks with his former employers earlier this year before Quique Setien was appointed as Ernesto Valverde's successor.

"In January, it wasn't the right moment," Xavi said, echoing comments made on the matter earlier this year.

"I had conversations with Eric Abidal [Barcelona's sporting director] and Oscar Grau [Barcelona chief executive] and a big offer, but it wasn't the right moment.

"I need a bit more experience. Coaching Barcelona is my dream. I'd like to do it one day. I've said that many times."

Ideally, Xavi would also see Neymar return from Paris Saint-Germain and be part of any prospective squad of his.

The Brazil forward has frequently been linked with a move back to Camp Nou since his record transfer to the French capital in 2017.

"Footballing wise, he's in the top three or five players in the world, no doubt," Xavi added. "He can make the difference.

"Let's hope he returns to Barcelona. I'm a Barcelona fan and I want the best players there."