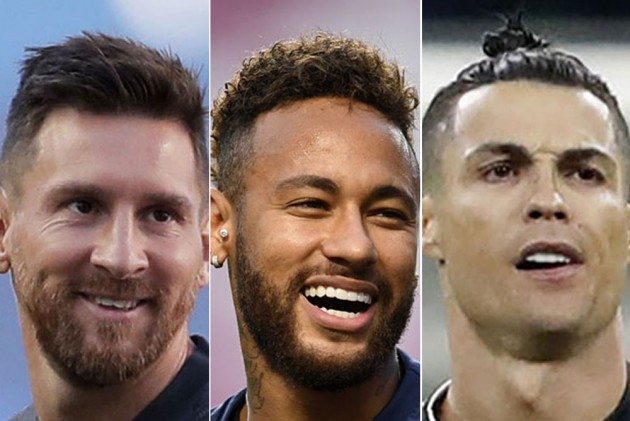 The franchise has been linked with offers for Barcelona captain Messi and Juventus superstar Ronaldo as they approach the final years of their storied careers, while Brazil and Paris Saint-Germain forward Neymar stated last year he had given Beckham his word he would sign for him in the future.

Former Manchester United midfielder and England captain Beckham remains confident he can attract players of such calibre to Florida.

"When we announced Miami, there was always going to be talk about what players we were going to bring in, whether it was Ronaldo, Messi, Neymar," Beckham told ESPN.

"There was always going to be those discussions. I actually don't think it's a tough one for players to decide, to be honest, because it's a great place.

"Obviously, it's a great city, I feel like we've got a great fan base, but I also understand there's great talent in Miami and South Florida, and I think we have a real opportunity. Miami is a city that has that pull on players who have been playing in Europe that are big stars."

23 - @FCBarcelona's Lionel Messi  has been involved in more goals than any other player in the top five European leagues in 2021 (23 - 16 goals and 7 assists). Gold. pic.twitter.com/QkDPkDZjoo

After signing notable names such as Gonzalo Higuain, Blaise Matuidi and Rodolfo Pizarro, Inter Miami endured a tough time in 2020, finishing 10th in the Eastern Conference before losing in the play-in round of the playoffs.

Inter Miami also suffered three defeats in three games in Group A of the MLS Is Back tournament amid the coronavirus pandemic.

Co-owner Beckham is now hoping for a brighter second season in MLS under former team-mate Phil Neville, who took over from Diego Alonso as head coach.

"[Neville] is the kind of coach that will get the best out of the players," said Beckham. "He won't just work with the [Designated Players], he works with the young kids that have come through the academies.

"His experience being a part of one of the best academies in the game at Manchester United when we were growing up, working with different coaches.

"He was David Moyes' assistant at Manchester United, he was an assistant coach at Valencia, and then obviously he went on to be the coach of the England women's national team, which was a great experience, but also challenging at times."