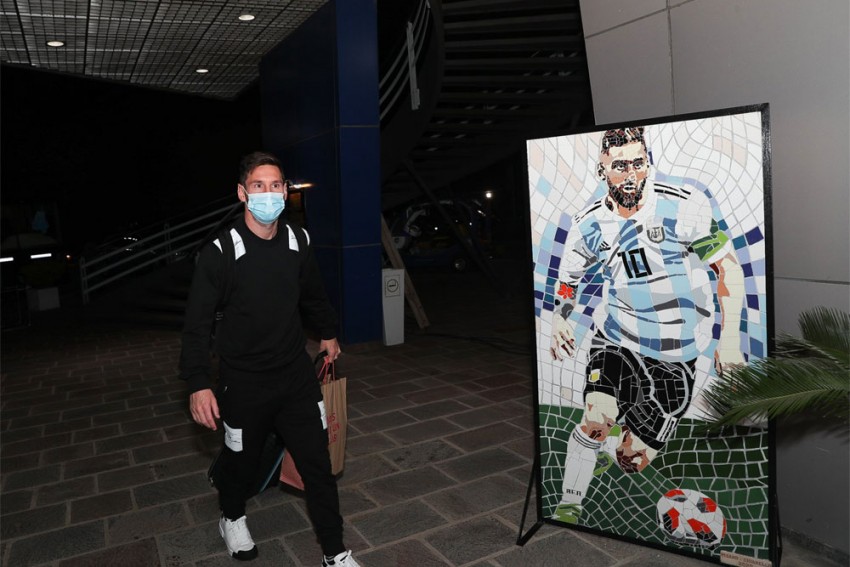 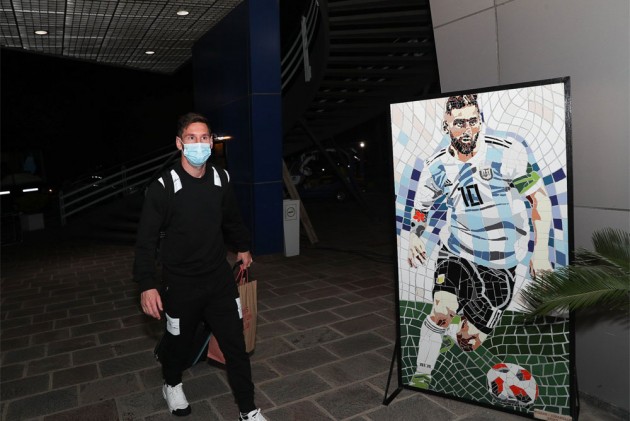 Messi's Argentina will begin their World Cup qualifying campaign on Thursday, after the coronavirus pandemic forced the road to Qatar 2022 to be postponed in March.

Six-time Ballon d'Or winner Messi is in the squad following a turbulent off-season, having handed in a transfer request at embattled LaLiga giants Barcelona.

Asked about Messi on the eve of the qualifier in Buenos Aires, Scaloni told reporters: "I spoke with Leo when his conflict with Barcelona was resolved and I noticed him calm and serene.

"Now we have had a fairly long talk and he told me that he is happy to be here and that he is better at his club.

"From a distance, we only wanted him to resolve the situation so that he could start playing and get in shape. For me it is positive that he has stayed because he has started to play and knows the environment.

"As for personal decisions, we do not get in or invade the players' spaces."

Scaloni, whose Argentina have not played since November, added: "Leo will always be a forward no matter how much he sometimes stands at nine and sometimes as second forward. What we try is to always have three options up and tomorrow's game will be the same.

"I don't think Leo has changed so much his way of playing or his position on the court, in the end he is a forward and is always in those positions."