Barcelona host PSG in the Champions League on Tuesday, and unsurprisingly Lionel Messi was a hot topic in Monday's news conference. 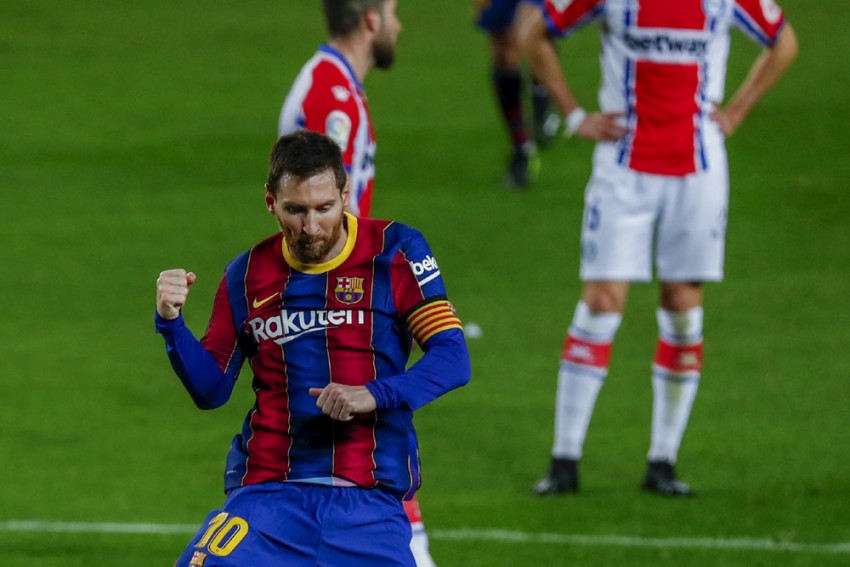 Lionel Messi has proven with his recent form that he is committed to Barcelona despite significant uncertainty surrounding his future and links to Tuesday's Champions League opponents Paris Saint-Germain, according to Jordi Alba. (More Football News)

Messi rocked world football in pre-season when declaring his desire to leave Barcelona after spending his entire professional career at Camp Nou.

The Argentina international had grown disillusioned with the state of the club under previous president Josep Maria Bartomeu, whom Messi subsequently accused of reneging on an agreement to let him leave on a free transfer.

Messi ultimately decided to stay put, uncomfortable with the idea of dragging Barca through the courts, leaving the possibility for him to depart at the end of his contract in 2021.

While Barca have made no secret of their desire to renew his deal, a situation that is dominating the lead-up to next month's presidential election, PSG are apparently eager to bring Messi to France and even some of their players have openly addressed the prospect.

With PSG up next on Tuesday, attentions understandably turned to Messi's future in the pre-match news conference, and Alba insisted his illustrious team-mate had shown his professionalism with his haul of nine goals in as many games.

"The decision he makes will be well thought out and well-considered," Alba said. "I have said many times that I am a better player on the field when he is on the field.

"It is his decision and it will have to be respected whatever he makes, but now his thoughts are at Barca and you see that in every game.

"Even if he had decided, he wouldn't say whether he is going to stay. He already said before what intention he had.

"Today he is 100 per cent committed. From here, hopefully we can win a title and let him decide at the end of the season.

"What other players or other clubs say, we do not pay attention to in the dressing room. Leo will have the last word."

Ronald Koeman, who addressed the media after Alba, was a little less willing to discuss Messi, yet he reiterated he is optimistic Barca's captain will remain with them after the end of the 2020-21 campaign.

"I don't know if it was the intention from [the media] to talk a lot about Messi, my idea is to prepare the team and the players for an important game," he said.