His contract details made headlines earlier in the day, but Lionel Messi turned attention to on-pitch matters with another landmark goal 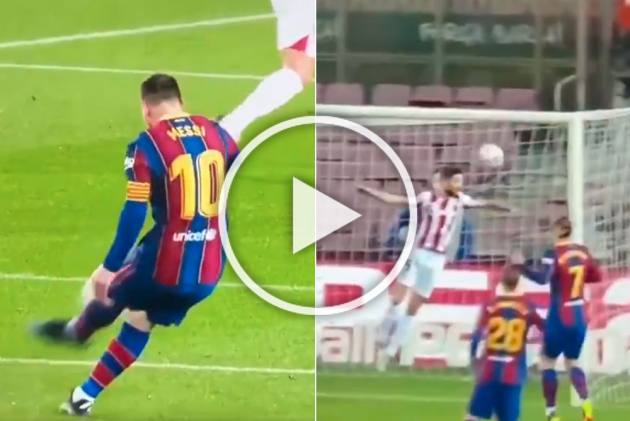 Lionel Messi scored his 650th goal for Barcelona with a sumptuous free-kick against Athletic Bilbao on Sunday. (More Football News)

The Argentina international whipped a shot into goalkeeper Unai Simon's top-left corner from 25 yards midway through the first half to put Barca 1-0 up in their LaLiga clash at Camp Nou.

Messi was in the headlines earlier in the day when leaked details of his eye-watering contract emerged.

A report by El Mundo claimed the deal Messi signed in 2017, which expires at the end of this season, is worth more than €555million.

The six-time Ballon d'Or winner scored his first goal for Barca in May 2005 at the age of 17, beautifully lobbing Albacete goalkeeper Raul Valbuena.

He has gone on to become far and away the club's record scorer, overtaking Cesar Rodriguez's previous mark of 232 in 2012.

650 - Lionel Messi  has scored his 650th goal for @FCBarcelona in all competitions (456 in @LaLigaEN), 49 of them have been direct free-kick goals (38 in league). Celestial. pic.twitter.com/1lJTNCQJSp