With over 600 goals for Barcelona, Lionel Messi has shown Robert Prosinecki he is greater than Diego Maradona, Ronaldo and an NBA great 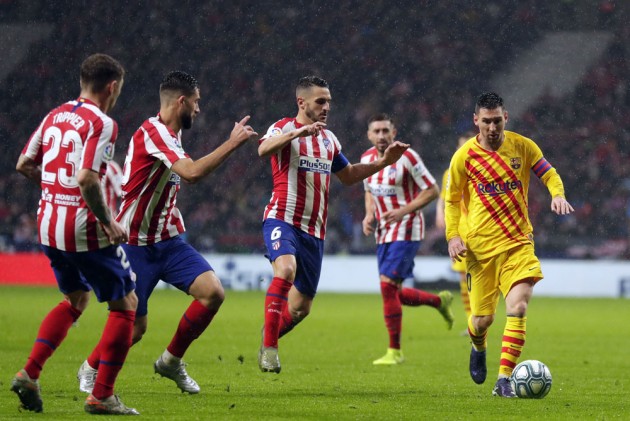 Lionel Messi plays "different football to the others" and outranks Diego Maradona, Brazilian great Ronaldo and even US basketball superstar Michael Jordan in the sporting pantheon, according to Robert Prosinecki. (More Football News)

Prosinecki said in an interview with Stats Perform News that Messi, who has scored over 600 goals for Barcelona, still finishes top of the pile when the career of Chicago Bulls legend and six-time NBA champion Jordan is taken into account.

"It is different, basketball and football. But Messi is surely for me the best," said Prosinecki.

"He is a player who has made differences for many years in Barcelona. He has won everything he could win. He scored many goals and assisted many times too. He plays different football to the others."

When #Messi steps up to take a freekick...
...Expect a goal

Prosinecki and Ronaldo were briefly team-mates at Camp Nou.

"Maybe some people will say Maradona, Ronaldo... I don't know," Prosinecki said. "There have been amazing players. They are from two different eras. For me he [Messi] is the best one."

According to Prosinecki's verdict, Messi and Brazilian Ronaldo are players that have shown themselves capable and willing to take on teams single-handedly.

"They are different to others. Ronaldo is surely one of the best," Prosinecki said.

"He also had some amazing seasons at Inter. He used to beat rivals almost himself alone. Incredible. They are players who make differences. At Real Madrid too. Where didn't he perform?

"For sure he was a great player. However, if I have to say one, for me the best is Leo Messi."