Messi continues to be linked with Pep Guardiola's Manchester City, while Sergio Ramos is also wanted in the Premier League. 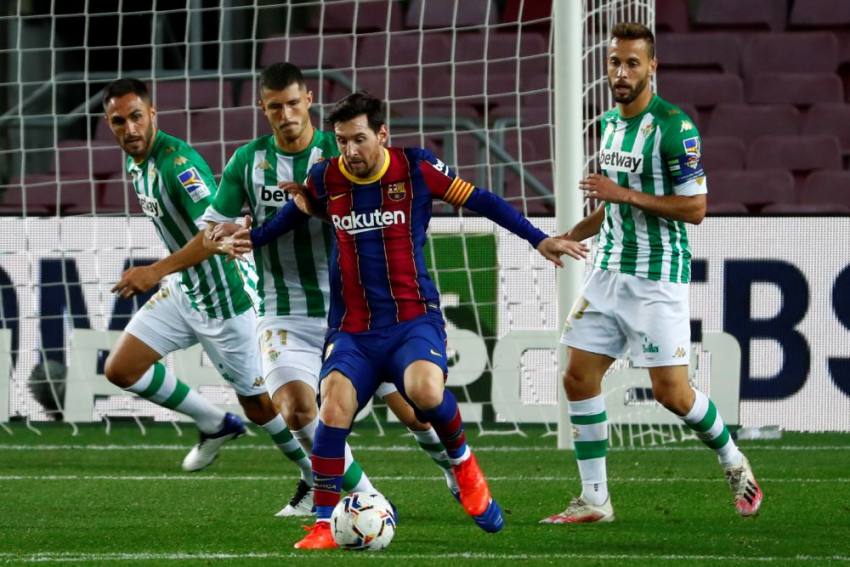 Will Lionel Messi be a Barcelona player for much longer?

Messi, who has called Camp Nou home for his entire senior career, is reportedly eyeing a sensational exit.

And Manchester City are continuing to pursue the six-time Ballon d'Or winner.

Lionel Messi's links with Manchester City are tightening following Pep Guardiola's renewal, according to Diario AS.

Messi was tipped to join City after handing in a transfer request at the start of the season, but the Barca captain opted to remain at Camp Nou.

However, with manager Guardiola extending his City contract, rumours are intensifying.

- The Premier League's 'big six' are interested in signing Real Madrid captain Sergio Ramos. 90min claims Liverpool, City, Manchester United, Chelsea, Arsenal and Tottenham are eyeing the veteran defender, who is out of contract at the end of the campaign.

- Milan could be set for a busy January. Tuttomercato reports Milan want Fiorentina defender Nikola Milenkovic on loan with an option to buy for €30million. Inter and Juventus have also been linked with the Serbia international. It comes as Rossoneri duo Andrea Conti and Leo Duarte face uncertain futures, while Salzburg sensation Dominik Szoboszlai continues to be linked to Milan.

- Chelsea full-back Emerson Palmieri could join Juve in January, though Alaba and Atalanta star Robin Goosens are also options for the Serie A champions, according to Calciomercato.