Lionel Messi No Longer A Phenomenon, He Walks On The Pitch – Hugo Gatti 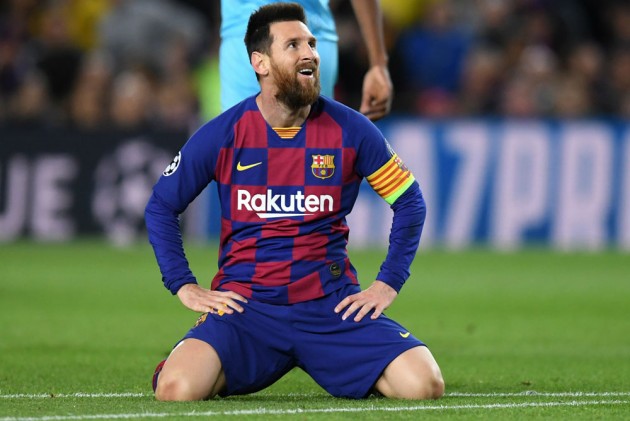 Barcelona and Argentina superstar Lionel Messi is no longer a phenomenon as Hugo Gatti criticised the six-time Ballon d'Or winner.

Messi scored four goals in a 5-0 LaLiga rout of Eibar last month but the Barca captain has failed to find the back of the net in six of his past seven matches.

The 32-year-old attacker struggled to make an impact in the 2-0 El Clasico defeat to Real Madrid last time out and former Argentina goalkeeper Gatti took aim at Messi.

"I don't care if they criticise me in Argentina," Gatti said on El Chiringuito. "I'm very Argentinian and Messi is a phenomenon, but he's not a phenomenon now.

NEWS | #Messi wins the @LaLigaEN Player of the Month award

"Cristiano [Ronaldo] and him are the two best. Messi has to be better, he's got used to playing at a weary rhythm, walking and those that know football think the same.

"Take off, kid. You have to play well. When there's a player like Messi, like it was with Maradona and Pele, and his team-mates always give the ball to him to win the game.

"They spoil the team and they don't put everything they have into it. The team get used to giving him the ball and not anyone else."

Messi has scored 18 LaLiga goals for Barca this season, and 23 across all competitions.