Lionel Messi Picks Apart Barcelona Crisis Of His Own Making

Barcelona were thrown into disarray this week by Lionel Messi. He dragged them back to normality against Real Betis 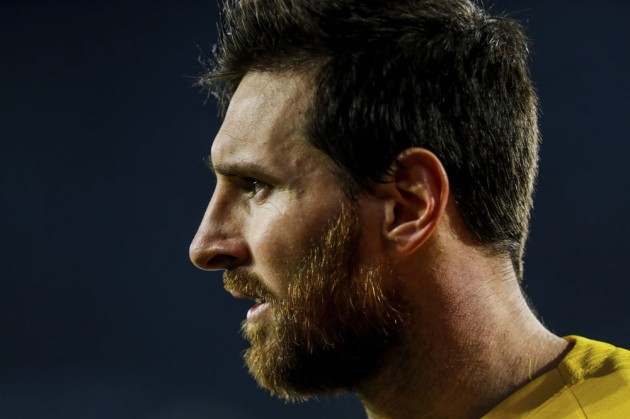 Lionel Messi might be without a goal of his own since January 30, but he showed in Sunday's enthralling win at Real Betis that he doesn't need to find the net himself to keep Barca's fate under his spell.

The champions' 3-2 LaLiga win at a raucous Benito Villamarin was a crucial tonic at the end of a miserable week in which exiting the Copa del Rey at the quarter-final stage to Athletic Bilbao was merely a footnote.

First came the latest setback to Ousmane Dembele, now likely to be out of action until the end of the season with a hamstring tendon injury. Then, technical secretary Eric Abidal was quoted accusing Barca players of downing tools during Ernesto Valverde's final weeks in charge.

Those incidents alone would have been enough to make this a troublesome week for Barca, especially since they failed to sign a Luis Suarez replacement in January and are now scrabbling around for emergency deals to compensate for Dembele's newest injury. Then Messi, as he has for his whole career as the world's finest footballer, took things to another level.

It was 'only' a social media post – but it was a social media post from Messi. The club captain, the greatest player in Barcelona history, the man who is esteemed for the limited off-field distractions he creates caused a storm as newsworthy as the weather front battering northern Europe this weekend.

Messi is no fool. He knew what sort of reaction he would provoke by calling out Abidal for "dirtying" Barca players. Said to have had enough of being accused of wielding ultimate power at Camp Nou, he dragged Barca into a full-blown crisis with a mere Instagram story. He will not need anyone to point out the irony.

It all meant Sunday's visit to Betis, where Barca boss Quique Setien won most of his acclaim as a coach, was a mere sideshow. And yet, because of Messi, a week that threatened to derail Barca's entire season ended in a victory that might just set them right back on track.

2 - @FCBarcelona's Lionel Messi is the second player to reach double figures for both goals (14) and assists (10) in the top five European leagues this season, after Jadon Sancho (12 & 13). Critical. pic.twitter.com/zpO8Ml8H3z

Messi, who can cancel his contract at the end of this season, has long been said to be keen to see Barca build a squad capable of winning LaLiga and the Champions League. He would be forgiven for having a few misgivings when the Catalans lined up in Seville with veteran midfielder Arturo Vidal as a false nine, long before Sergio Canales' opener from the penalty spot must have left him feeling fed up in the extreme.

So, he chose to change the landscape.

First, he gathered a pass from Frenkie de Jong, who had turned expertly into space under pressure in his own half before spreading the ball wide. And he waited, and waited, and waited – and then dropped a lofted pass right onto De Jong's chest, begging to be volleyed home. Barca were level, De Jong having suddenly morphed back into the midfield dynamo of Ajax last season, and all thanks to Messi's intervention.

After Nabil Fekir scored a fine second for Betis against the run of play, Barca were under pressure again. But Messi, with seconds to go before the break, looked through the chaos to the bigger picture. His clipped free-kick landed for Sergio Busquets to control and fire home.

With 18 minutes to go, Messi completed his hat-trick of assists. Another deep free-kick, another pinpoint delivery, and this time an emphatic header from Clement Lenglet made it 3-2.

Three goals from set-pieces is not the Setien way, not the Barca way, but it was just what the Catalans needed after this most unsettling of weeks – even if it reminded us all just how willingly they dance to Messi's tune.

Mind you, who else has his sense of timing?