Lionel Messi left Barcelona last year in a sensational free-transfer move to join PSG. He is supposed to stay in Paris until at least June 2023. But according to former Barca midfielder Lobo Carrasco, the Argentinean is ready to quit. 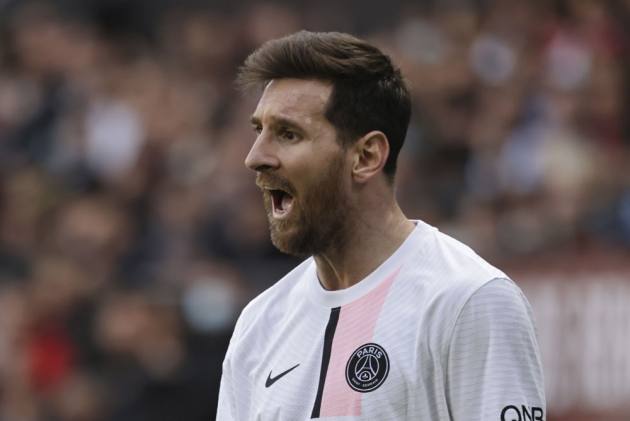 It seems trouble is brewing at Paris Saint-Germain. The French giants could soon lose Lionel Messi if they fail to win the UEFA Champions League this season. (More Football News)

Messi left Barcelona last year in a sensational free-transfer move to join PSG. He is supposed to stay in Paris until at least June 2023. But according to former Barcelona midfielder Lobo Carrasco, the Argentinean is ready to quit.

The 34-year is likely to complete a Ballon d'Or-The Best FIFA double, but on-field returns with the new club in the first six months have been underwhelming. And he is struggling to establish a firm foothold in France.

Messi has scored only once in Ligue 1 in 11 matches after a delayed club debut and the chances of him failing to hit the 20-goal mark in a domestic league look increasingly likely. It will be a first for Messi since the 2007-08 season.

In such a scenario, winning the Champions League remains the only incentive for Messi, with Ligue 1 only a minor consolation.

Carrasco, who spent over a decade with Barcelona however claimed the Messi does not regret leaving the Catalans but the seven-time Ballon d'Or winner will always miss the 'modus vivendi,' that way of life he had in Barcelona.

'Messi will always miss the "modus vivendi" he had in Barcelona... If he succeeds, which means winning the Champions League, he could extend his stay for another year," Carrasco told El Chiringuito TV.

PSG, having dominated French football for so long, are obsessed with the Champions League. But they remain also-rans in Europe. The PSG hierarchy believes that the arrival of Lionel Mess is the last piece of the puzzle. The closest they came to winning the biggest club trophy in the world was in 2020, when they lost to Bayern Munich in the final.

'If PSG don't win the Champions League then this year is going to be a long one," added the 62-year-old former Spain winger.

Reports in French media claimed that the former Tottenham Hotspur manager only came to know about Messi's positive case through third parties.

And former PSG winger Jerome Rothen claimed that it was a "very shocking" move from Messi.

"The coach must be above everyone else, it does not matter if it is a star or a youth player – the boss must be the head of the time.

"Pochettino was not updated as to where Messi was, and that explains a lot of things. This is not a good thing and I think it is very shocking from Messi," Rothen told Radio Montecarlo.