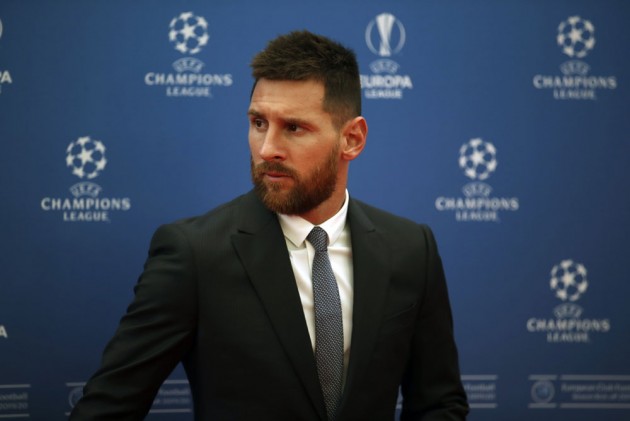 Lionel Messi is expected to return for Barcelona in the LaLiga match with Valencia after the international break, head coach Ernesto Valverde has confirmed. (More Football News)

The Argentina star has not made a competitive appearance for Barca since last season's defeat to Marcelino's side in the Copa del Rey final.

A calf injury sustained shortly before their pre-season double-header with Napoli in the United States saw Messi miss the 1-0 defeat to Athletic Bilbao and the 5-2 win over Real Betis with which the champions began their 2019-20 campaign.

The 32-year-old will not be risked against Osasuna on Saturday and will instead be given more time to recover fully ahead of a busy run of games in September.

Also Read: Messi 'Made Me A Better Player', Says Ronaldo

After the international break, which begins next week, Barca host Valencia, travel to Borussia Dortmund for their opening Champions League group game and then face Granada and Villarreal, all within the space of 11 days.

"He's following a normal recovery process," Valverde said of Messi on Friday. "We hope he can be available against Valencia. We hope to have him but we'll see how the injury evolves in these two weeks."

Valverde had earlier been keen to offer his condolences to former Barca head coach Luis Enrique and his family following the death of his daughter Xana.

The ex-Spain boss confirmed on Thursday that Xana had passed away at the age of nine after a five-month battle with bone cancer.

"It's difficult to find adequate words to comfort people going through something so tough," Valverde said. "But I want to offer all of our affection and support for him, for his family, from everyone who is part of Barca and to send him a huge hug."