Lionel Messi Should Have Been Sold By Barcelona, Claims Interim President Carlos Tusquets

Messi wanted to leave Barcelona in the off-season, and interim president Carlos Tusquets believes the club should have cashed in. 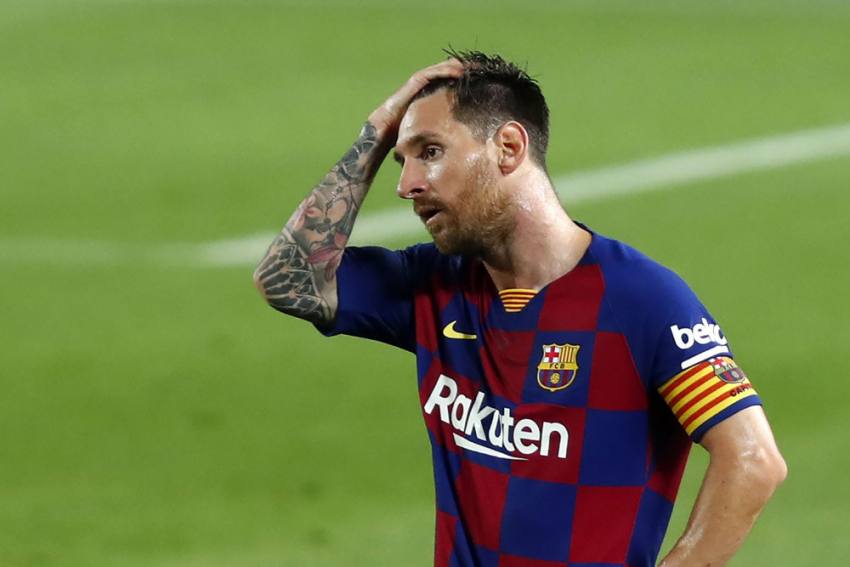 Barcelona should have sold Lionel Messi in the last transfer window, according to the club's interim president Carlos Tusquets.

Messi wanted to leave Barca – where he has spent his entire senior career – in the close season, with the 33-year-old frustrated by the running of the club under previous president Josep Maria Bartomeu.

However, Barca demanded any suitors – reportedly including Pep Guardiola's Manchester City – pay €700million despite Messi attempting to activate a get-out clause in his contract that would have allowed him to leave on a free transfer for a certain period at the end of the season.

Opting against dragging Barca through the courts to force a move, Messi eventually elected to remain and see out the final year of his contract, which runs out in June.

Bartomeu and the entire board have since resigned, with Tusquets taking charge until the elections in January, and the temporary president believes that the best solution would have been to sell the six-time Ballon d'Or winner.

27 - Lionel Messi has scored or assisted in each one of the last 27 @FCBarcelona games when the Blaugrana side have scored four o more goals in all competitions (50 goals and 19 assists). Figure. pic.twitter.com/iUQRfcpm1n

"Both in terms of what you save on the wage bill as well as the money you make, it would've been desirable. But this is something the coaching staff have to consent to and that's not my place.

"LaLiga are setting salary limits at the moment and this would've helped on that front."

On Wednesday, Messi's former Barca team-mate Neymar spoke of his desire to link-up with the Argentinian once again.

Tusquets accepts this is unlikely to be at Camp Nou.

"If he [Neymar] became available on a free transfer then maybe we could think about signing him," he added.

"Without making sales, there's no money for new signings unless the new president has incredibly deep pockets."

Despite his desire to leave, Messi has nevertheless remained an important part of Barca's team, starting in eight LaLiga games and making nine league appearances in total.

Messi has scored four goals and created 20 chances, nine more than any other Barca player.

However, Ronald Koeman's side have coped without the talisman in their previous two Champions League games, admittedly against weaker opposition.

Barca eased to a 3-0 win over Ferencvaros on Wednesday, eight days on from defeating Dynamo Kiev 4-0 in Group G, with Messi rested on both occasions.

It means Barca have now won nine of their last 10 Champions League games without Messi, drawing the other, since a defeat to Ajax in November 2013.