Lionel Messi will not travel to the United States with the Barcelona squad this week after sustaining a calf injury. 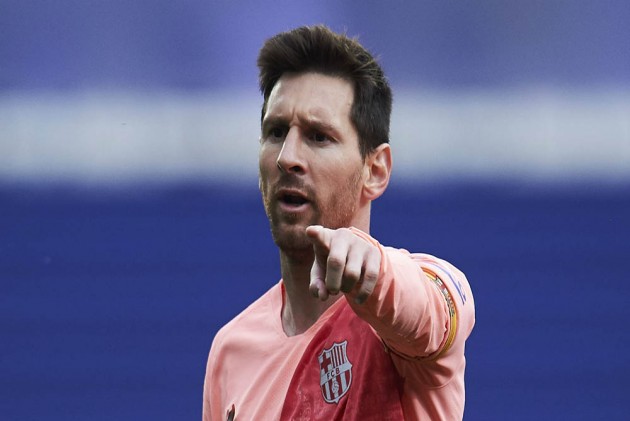 Lionel Messi will not travel to the United States with the Barcelona squad this week after sustaining a calf injury.

The Argentina star suffered a grade one strain during training on Monday and will stay in Catalonia to recover.

It was Messi's first training session since his return from holiday following the Copa America in Brazil.

Barca confirmed in a statement that Messi "withdrew from the session due to discomfort in his right leg. Tests carried out have diagnosed a Grade 1 calf strain for the Argentine."

ALSO READ: I Have No Regrets About Champions League Pledge: Lionel Messi

There is no time frame for his recovery but it is unlikely he will be definitively ruled out of Barca's LaLiga opener against Athletic Bilbao on August 16.

Ernesto Valverde's side, who beat Arsenal 2-1 in the Joan Gamper Trophy match on Sunday, travel to the USA this week for two matches against Napoli.

The first is in Miami on Wednesday and the second in Michigan on Saturday.