Lionel Messi To Wear No. 30, Neymar Already Wears No. 10 at Paris Saint-Germain

As per reports, Neymar offered to give up No 10 but Messi refused and instead opted for No 30, his first number in Barcelona 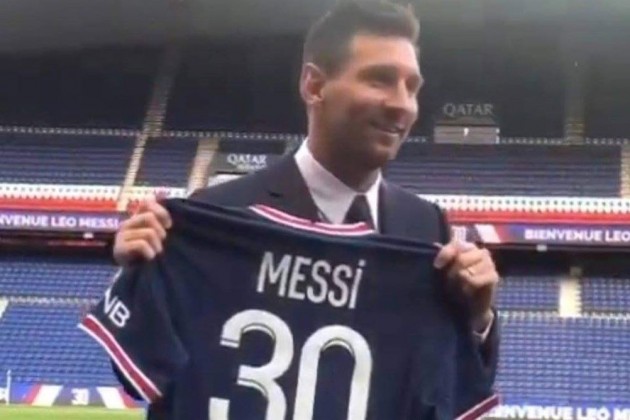 Lionel Messi’s move to  Paris Saint-Germain already has the football world buzzing with the star power that the French club now has at its disposal. (More Football News)

One more thing that has caught the fans attention is Messi’s jersey number. Messi will now be flaunting No 30 in PSG, as No 10 is already worn by Neymar.

READ: Lionel Messi At PSG: What Does It Mean For French Behemoth

As per reports, Neymar offered to give up No 10 but Messi refused and instead opted for No 30.

In Ligue 1 No 30 is usually allotted to goalkeepers but PSG’s reserve keeper Alexandre Letellier happily gave up the number and League also authorized the change.

No 30 is also steeped in history as it was Messi’s first number at Barcelona.

Messi, a six-time Ballon d'Or winner, was forced to leave Barcelona, a club where he had spent his entire career, due to financial constraints. His deal with Barcelona expired on June 30. Messi joined the Catalan club in their youth team in 2000.

His deal at PSG is reportedly worth 35 million euros.

The 34-year-old Argentine forward, who joined on a two-year deal on Tuesday with an option for a third year, will be presented to a 50,000 crowd at Parc des Princes before the game against Strasbourg on Saturday.