Lionel Messi paid tribute to Diego Maradona on Sunday with his goal celebration – something that came as a "beautiful surprise" to his Barcelona team-mates. 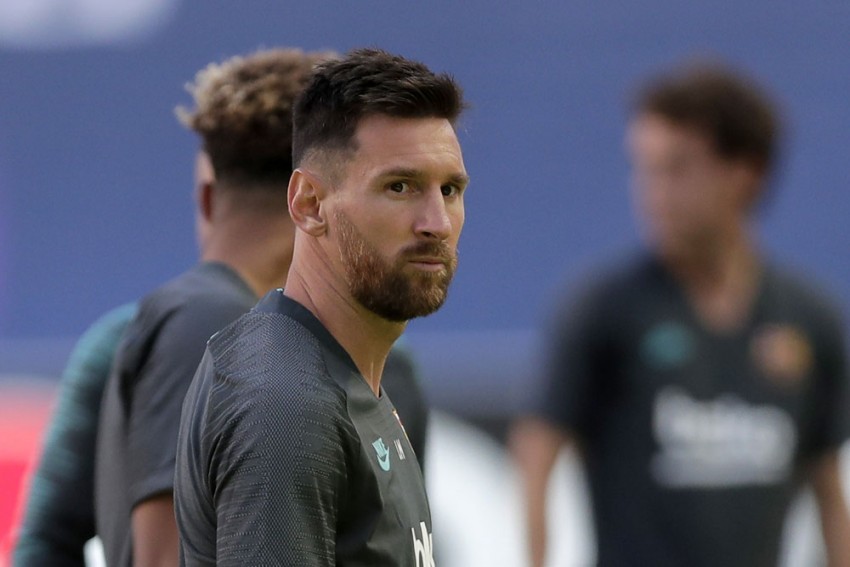 Lionel Messi paid tribute to Diego Maradona on Sunday with a goal celebration that came as a "beautiful surprise" to his Barcelona team-mates.

Former Barca and Argentina great Maradona died on Wednesday at the age of 60 and has been honoured before all LaLiga matches over the weekend.

Messi scored his side's fourth goal in the 4-0 win over Osasuna and afterwards removed his Barca shirt to reveal a Newell's Old Boys jersey emblazoned with Maradona's famous number 10.

He then pointedly saluted the sky in honour of his compatriot, who spent a season at Newell's - the club where Messi began his youth career.

Antoine Griezmann and Philippe Coutinho each got a goal in Barca's comfortable victory, along with striker Martin Braithwaite, who opened the scoring in the first half.

They described afterwards how they were not aware of what Messi was planning on a moving day at Camp Nou, where Maradona played from 1982 to 1984.

"We lost Maradona, a global idol, we all miss him," Coutinho said.

"We didn't know what Messi had prepared to honour Maradona," added Griezmann. "It was a beautiful surprise."

Newell's responded through their English Twitter account, saying: "It's all about number 10. The best player in the world and his tribute to #D10S."

Barca's victory moved them into eighth in the table, for a few hours at least, nine points behind leaders Real Sociedad and Atletico Madrid in second.