Barcelona are believed to be in danger of losing Lionel Messi, but Ronaldo does not see it happening in this transfer window 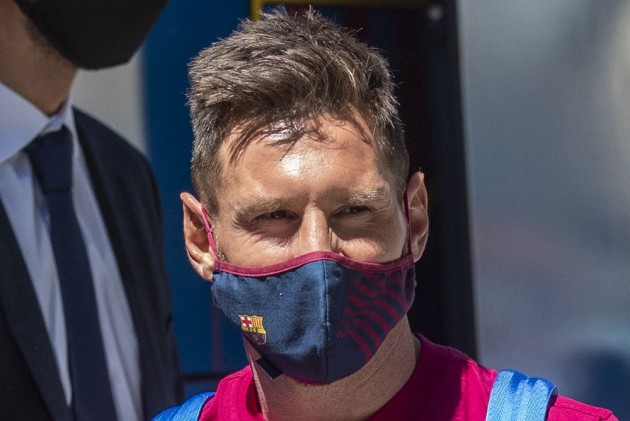 Lionel Messi is "very unlikely" to leave Barcelona before the 2020-21 season, according to Brazilian legend Ronaldo. (More Football News)

According to reports, the majority of the first team – including stalwarts such as Jordi Alba and Sergio Busquets – have been put up for sale in the wake of the 8-2 loss to Bayern, with the exception of Messi.

However, the six-time Ballon d'Or winner has supposedly informed Koeman he sees his future away from Camp Nou.

Messi is in the final year of his contract with Barca but the club's former striker Ronaldo, who owns LaLiga side Real Valladolid, believes the financial impact of the coronavirus pandemic means a potential transfer is unrealistic.

"It is very unlikely that Messi will leave Barcelona, especially with the financial crisis in Europe," said Ronaldo.

"Messi is the reference of the team and if I was Barcelona I would not let him leave in any case.

"Messi has a very intense relationship with Barcelona, I do not think he will stop being in love with the team. He's upset, of course, with how they were defeated in the Champions League.

"Messi needs his team-mates to help him, as they do, and Barcelona will have to think of something different for the next seasons. Letting your main player leave is not the solution."