Lionel Messi and Cristiano Ronaldo are set to renew their rivalry in the Champions League when Barcelona host Juventus on Tuesday. 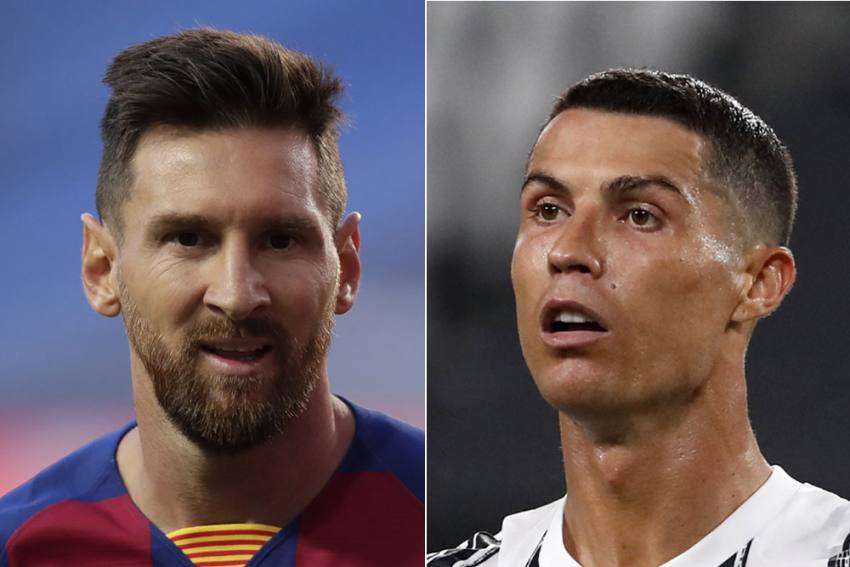 The wait is over.

After being denied a 36th instalment of Lionel Messi v Cristiano Ronaldo in the first clash between Barcelona and Juventus in this season's Champions League, the pair are set to go head-to-head at Camp Nou on Tuesday. (More Football News) (3rd T20 Live Updates)

Ronaldo was ruled out of the first encounter in Turin after a positive coronavirus test, while Messi was granted a rest by Ronald Koeman.

Both teams are already guaranteed to advance from Group G but the eyes of fans across the globe will be on the encounter as the two greatest players of the modern era do battle for top spot and a potentially easier draw in the last 16.

READ: When And Where To Watch Messi, Ronaldo Champions League Clash

Messi has only been on the losing side once in his five previous Champions League meetings with Ronaldo.

He also a 3-0 advantage in terms of goals when they go up against one another. Messi scored a header in Barca's final success against Ronaldo's Manchester United in May 2009, before getting a double in the semi-finals two years later when the Blaugrana eliminated Real Madrid.

The captain of the Catalan giants had more touches (445) than Ronaldo (248) in those games, but the Portuguese has had 20 attempts at goal to his counterpart's 17.

In their second ever encounter – the return match in the 2007-08 Champions League semi-finals – Messi completed 16 dribbles, which is a record for one player in a single knockout game in the competition since Opta began collecting the data in 2004-05. United triumphed 1-0 in that fixture, though, with Ronaldo going on to lift the trophy for the first time.

In 35 clashes in all competitions for club and country, Messi holds the advantage with 16 wins and nine draws. Messi has scored 22 goals and supplied 12 assists in those games, while Ronaldo has scored 19 and set up one more.

In terms of team titles, Messi comes out on top with 36 – including an Olympic Games gold medal and Under-20 World Cup success with Argentina – compared to Ronaldo's 32.

However, Ronaldo has more Champions League wins (five to four) and two pieces of silverware at senior international level – something that has evaded Messi. While the Argentina captain has lost four major finals with his country, Ronaldo was part of Portugal's Euro 2016 and Nations League finals triumphs.

As individuals, Messi's seven Pichichi awards, six European Golden Shoes and six Ballons D'Or put him ahead of Ronaldo by 29 to 26 (scoring titles in all leagues and the Champions League taken into account).

IT'S OFFICIAL! Leo #Messi wins the 2019-20 Pichichi Trophy, the seventh of his career, a new, all-time @LaLigaEN record! pic.twitter.com/laAlgFMeAT

They are the only players to have found the back of the net in the Champions League over 100 times – Ronaldo reached the milestone first and has 132 goals, while Messi is on 118.

The height of their rivalry came during Ronaldo's nine seasons at Barca's arch-rivals Madrid, during which he outscored his counterpart in three separate LaLiga campaigns. Messi topped the charts on five of the other six occasions, though, with Luis Suarez beating them both to the Pichichi in 2015-16.

In total, Messi has scored 448 goals in the top five European leagues, seven fewer than Ronaldo.

Yet while they are often pitted against one another, there are a few things Messi and Ronaldo share.

Sevilla are the favourite opponent of both (27 goals for Ronaldo, 37 for Messi) and they have also scored eight hat-tricks each in the Champions League and 36 trebles across Europe's top five domestic leagues.

But who will come out on top on when they finally meet again on Tuesday?