With Neymar and Kylian Mbappe already in their ranks, Arsene Wenger wonders how prudent it would be for PSG to sign Lionel Messi 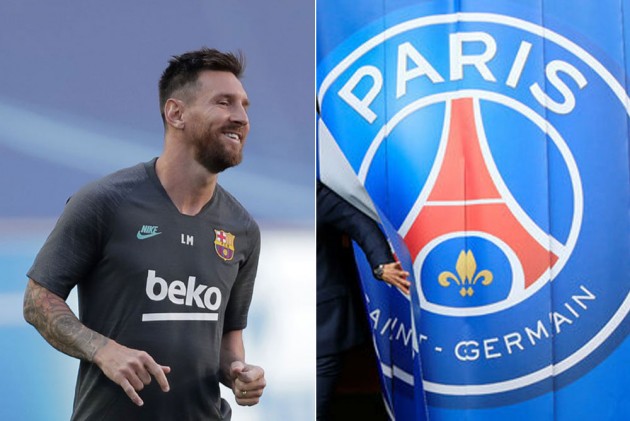 Lionel Messi would threaten the balance at Paris Saint-Germain if he joined the club from Barcelona, says Arsene Wenger. (More Football News)

Six-time Ballon d'Or winner Messi has been linked with PSG and Manchester City after failing to engineer a move away from Camp Nou in the close season.

The 33-year-old was not allowed to leave the club on a free transfer and is expected to depart when his contract expires at the end of the campaign.

But with PSG already possessing Neymar and Kylian Mbappe, former Arsenal and Monaco boss Wenger wonders whether there is truly a need for Messi at the Parc des Princes.

"Lionel Messi is one of the two best players in the world. Those who will replace Cristiano Ronaldo and Messi are already at PSG," Wenger said to Europe 1.

"After that, it's a question of balance in the club, a technical balance and a financial balance. Can you keep the balance at PSG by bringing in players like Messi? I'm not sure."

Success in the Champions League is the primary objective for PSG, who were defeated in the final in August by Bayern Munich.

But having Messi does not necessarily guarantee success in the competition. The Argentina star had seven shots on target in Barca's 3-0 home loss to Juventus on Tuesday, the most by any player in a Champions League game without scoring since at least 2003-04.

7 - Barcelona’s Lionel Messi has had seven shots on target against Juventus (11 in total), more than any other player in a Champions League game without scoring since at least 2003/04. Tireless. pic.twitter.com/QGaAbe0sz2

Ronaldo, a five-time winner of Europe's premier club prize, became the first player to score two penalties against Barca in a single Champions League fixture, helping bring parity to his head-to-head with Messi in the competition; they now have two wins and two draws apiece from six meetings.

PSG will on Wednesday resume their final Group H game against Istanbul Basaksehir – which was suspended on Tuesday following allegations of racism – with their spot in the last 16 already secured thanks to RB Leipzig's 3-2 win over Manchester United.

Thomas Tuchel's team look set for a more significant challenge in Ligue 1 this term, though, with their advantage at the summit just two points after 13 games.

Wenger believes less ingenuity in the middle of the pitch is the reason they are finding things tougher in the top flight.

"PSG have a little less potential because they had, for years, an absolutely flamboyant midfield, which is now a little less creative," said Wenger.

"I see them a little less dominant and it's reflected in the standings in Ligue 1.

"But they still have exceptional players who can make a difference in key moments, as we saw again at Manchester United."

Wenger, who now serves as FIFA's chief of global football development, reiterated his objection to the possibility of PSG leaving Ligue 1 and joining a European Super League.

"I will fight until the last day so that sporting merit is rewarded. The closed league, for me, is no longer competition, it is business," he said.

"I will always be fiercely opposed to it. Everyone can dream and everything is possible for people who work well."