Barcelona and Juventus superstars Lionel Messi and Cristiano Ronaldo are once again together out in front of the rest. 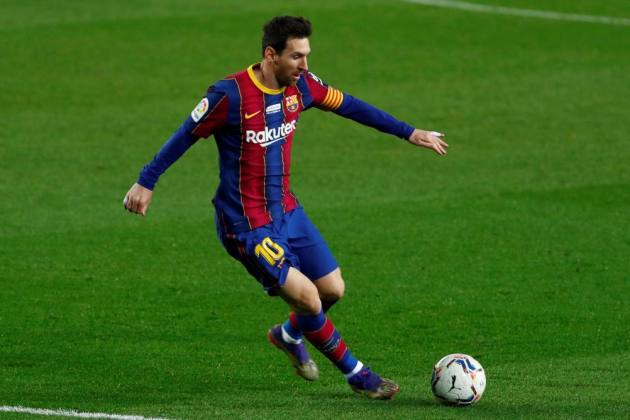 Lionel Messi reached 25 LaLiga goals for the season in Barcelona's win over Getafe, and in doing so he matched a feat achieved by Cristiano Ronaldo. (More Football News)

The Barcelona captain's double strike in Thursday's 5-2 win means he and Ronaldo are the only players from the 'top five' European leagues to have scored at least 25 goals in 12 different seasons this century.

The 33-year-old scored twice before the break, before teeing up Ronald Araujo to head a contest-settling fourth Barca goal and then playing in Antoine Griezmann to win a late penalty.

Unlike Ronaldo, Messi has achieved his run of seasons with at least 25 goals by reaching the mark in consecutive campaigns, beginning in 2009-10.

While Ronaldo has had such seasons for Manchester United, Real Madrid and current club Juventus, for whom he has scored 25 in Serie A this season, Messi's goals have all come with Barcelona.

The twin strike on Thursday also ended a mini barren run in home league games against Getafe. Messi had previously not scored in his three most recent appearances against them at Camp Nou, his longest streak without scoring at home against them in the competition.

+25 - Lionel Messi & Cristiano Ronaldo are the only Top 5 European Leagues players to have both scored at least 25 goals in a single campaign in 12 different seasons this century (the Argentinian in consecutive seasons). Giants@FCBarcelona #FCB pic.twitter.com/8S0yvZcZ9u