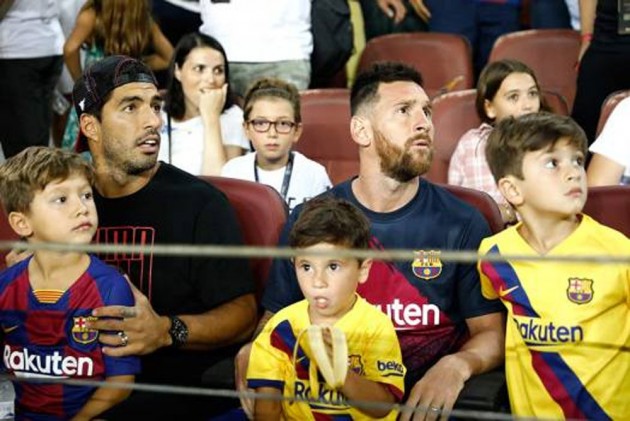 Messi, 32, said "the moment of withdrawal is approaching" after winning a record sixth Ballon d'Or on Monday, leading to retirement talk.

However, Suarez believes the Argentina star's comments were misunderstood, backing the forward to play for years to come.

"[Messi] amazes me because he is a one-off and is making history," Suarez told beIN SPORTS.

"As a friend and team-mate, [the Ballon d'Or] makes me happy and proud because it's a beautiful moment for him.

"[His comments] were misinterpreted. When someone wins a Ballon d'Or they are happy but also nervous.

"Leo is a human being and gets nervous like the rest of us. He wanted to say he might have to contend with retiring in a couple of years.

"It was misunderstood, but I'm sure Leo Messi will continue for a long while yet."

Suarez has starred for Barca since arriving from Liverpool in 2014, but the 32-year-old has also been linked with a move away despite being contracted until 2021.

The Uruguay international said he would do what was best for the La Liga champions, who sit top of the table.

"If they bring in a new team-mate for me to compete with, that's the same pressure as having to play every three days," Suarez said.