Quique Setien is not bothered about Lionel Messi's decrease in goals this season, reminding critics he offers much more to the team 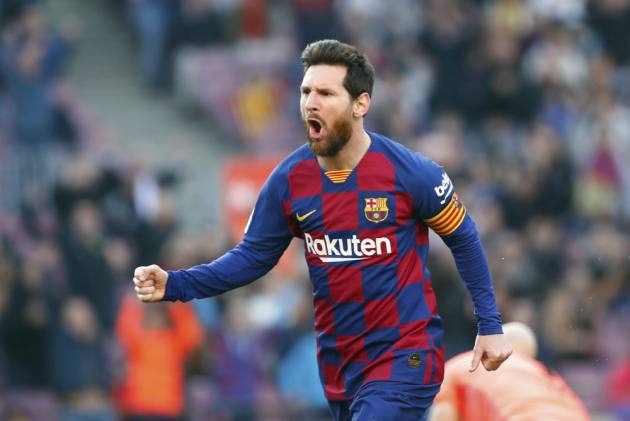 Lionel Messi's comparative goals shortfall this season is not a concern for head coach Quique Setien, who swiftly pointed out the Barcelona superstar does more than just put the ball in the net. (More Football News)

Although Messi is the top goalscorer in LaLiga this term with 22, 2019-20 looks set to be his least prolific season for more than a decade.

Few would begrudge Messi a slight decrease given this Barca side is arguably the weakest since the Argentina icon made his breakthrough, and he is 33 years old.

It was again put to Setien that Barca's talisman might be in need of a rest, and while he accepts that could be the case, he also reminded detractors that Messi does not just score – his 20 assists in LaLiga is nine more than anyone else in the division.

"Surely many players need to rest. The records are the same, but everyone is losing that clarity of expression," he said ahead of Wednesday's visit of Osasuna. "We have already talked a lot about this topic.

"I see him [Messi] well. It is true that there may be some records that he does not meet when compared to other years.

"[But] we all know who Messi is, if he's not [contributing] with goals, he is with assists. All I can say about him I have already said."

The absence of Frenkie de Jong has not helped Barca in recent weeks, with the Dutchman missing seven matches due to a calf injury, though he looks set to return against Osasuna.

"He has done several training sessions with the group, he is in a good frame of mind, with the problem almost forgotten," Setien added. "We will see if he starts tomorrow or starts on the bench. He is at the team's disposal, of course."

"He has returned to the team and is training. He will have an option to play if it's essential and necessary," Setien said.