Bangladesh almost won the second Test against West Indies, but ended up losing the match by 17 runs. Catch cricket scores and highlights of the BAN vs WI match here 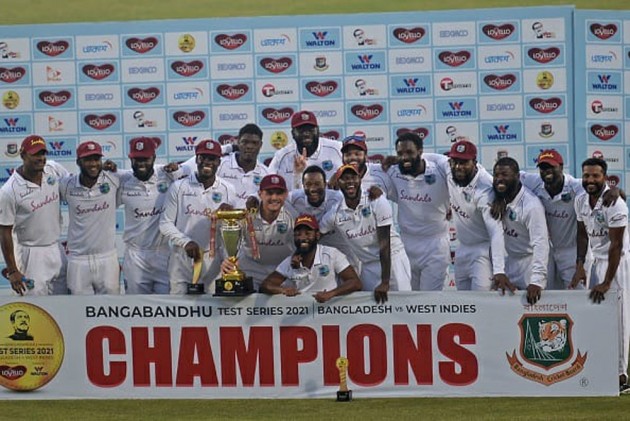 West Indies secured a thrilling 17-run victory against Bangladesh in the second and final Test to complete a clean sweep of the series on Sunday. West Indies won the first Test by three wickets, chasing a huge 395-run target. Offspinner Rahkeem Cornwall played a key role, ending the match with 9-179 as West Indies clinched the series despite stubborn resistance from Mehidy Hasan. Cornwall followed his 5-74 with 4-105 in the second innings to help the side bowl Bangladesh out for 213, with the hosts chasing a target of 231. The offspinner broke up several key partnerships at various stages of the game to keep the tourists' noses in front. But Mehidy made sure the West Indies had to work for their win. With Bangladesh's ninth wicket falling 43 runs away from the target, Mehidy came up with an aggressive brand of cricket. He struck Cornwall for six twice in his consecutive overs and found the boundary regularly to keep the side interested. He then fell just short and was dismissed while poking a delivery from left-arm spinner Jomel Warrican at first slip, where Cornwall fittingly took a tough catch to seal the victory. Catch highlights and scorecard here: