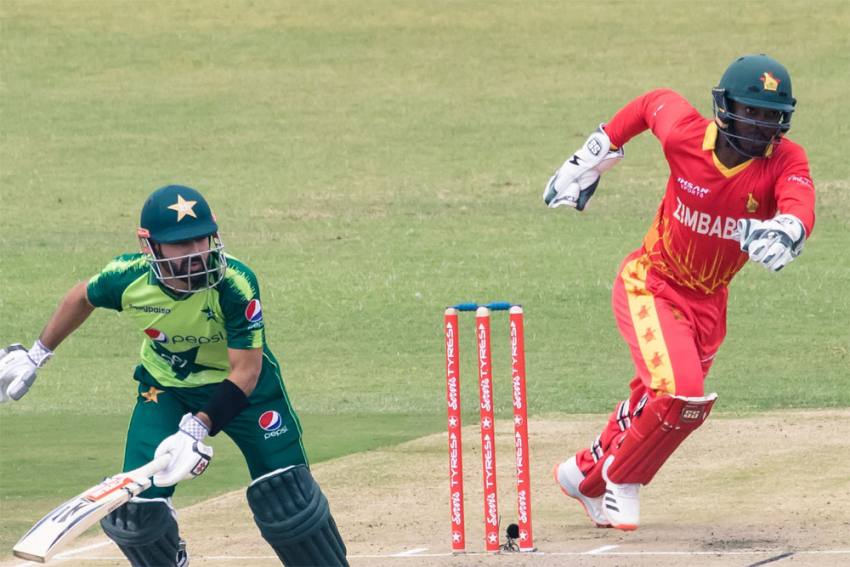 Mohammad Rizwan scored 82 of 61 balls as Pakistan secured a nervy hard-fought 11-run victory over hosts Zimbabwe in the Twenty20 series opener in Harare on Wednesday. Fresh from a 3-1 win in South Africa, Pakistan were guided to 149/7 with Rizwan anchoring the innings. The wicketkeeper-batsman hit 10 fours and a six as other batsmen failed to covert their starts. Debutant Danish Aziz made 15 and was the second highest scorer for Pakistan. Chasing, Zimbabwe did were in hunt till with Tinashe Kamunhukamwe  and Craig Ervine making 29 and 34 runs, respectively. Luke Hongwe scored quickfire 30 as Zimbabwe came close. Usman Qadir claimed 3-29 as Zimbabwe  finished up on 138-7. Catch the highlights of the first T20 between Zimbabwe and Pakistan here.

2: 20 PM IST: Hosts Zimbabwe have won the toss and opted to bowl first.