Sad end to Navdeep's campaign. He faulted the final attempt. With a best throw of 40.80m, the fourth is the best finish he can expect.

With that India's day ends.

Navdeep finally touches 40m-mark with a 40.80 throw in his fourth attempt, then faults in the next. Still fourth, behind Iraq's Wildan Nukhailawi (best throw 41.39).

Navdeep produces a 39.97 throw in his attempt. But he is still fourth.

Both the Indian shuttlers, Pramod Bhagat vs Daniel Bethell of Britain in the gold medal match, and Manoj Sarkar vs Daisuke Fujihara of Japan, in the bronze play-off, have won their opening games.

Navdeep slips to fourth after the end of first attempts. He will need something extraordinary to return to the medal bracket.

Navdeep in action. He's leading the pack with a throw of 38.59m in the first attempt.

11: 00 AM IST: Here's the summary of all the India action this morning:

~ Noida’s IAS officer Suhas Yathiraj made it to Men’s Singles SL4 final assuring India another medal, while fellow Indian Tarun lost his semifinals and will now play for bronze medal. Both matches are scheduled tomorrow.

10:40 AM IST: Badminton Men's Singles SH6 Semifinals: Krishna Nagar assures India of another medal in badminton. Nagar entered final and is assured of at least a silver. Nagar defeated Krysten Coombs of Britain 2-0 (21-10, 21-11) 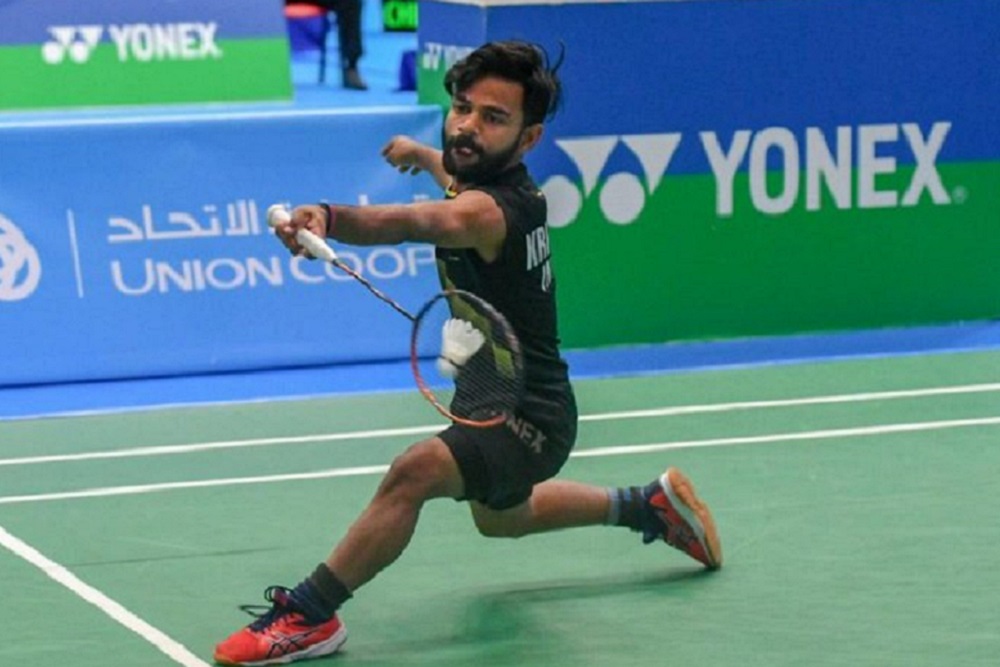 9:15 AM IST: P4- Mixed 50m Pistol SH 1 final: India's Manish Narwal and Singhraj Adhana have won gold and silver in the event. Manish shot 218.2 to clinch gold, while for Adhana it was silver with an effort of 216.7. For Adhana it will be his second medal

7:31 AM IST: P4- Mixed 50m Pistol SH 1 Qualifictaion: India's Singhraj Adhana and Manish Narwal have qualified for the final in 4th and 7th place. Adhana shot 536, while Narwal shot 533 in qualification. The final is slated to start at 8:45 AM IST.

Out of the seven shuttlers representing India at the Tokyo Paralympics, six are in semifinals. Pramod Bhagat and Manoj Sarkar have a chance to win a medal in the SL3 category on Saturday while the rest can assure either guarantee them a silver or a spot in the bronze medal match. Among the semifinalists is IAS officer Suhas L Yathiraj. He has been in solid form in the SL4 group matches.

Bhagat will be in the semifinals of the mixed doubles in SL3 category. He is partnering Palak Kohli. The others in semifinals are Tarun Dhillon (SL4) and Krishna Nagar (SL6).

India's aspiration at the Asaka shooting range will continue on Saturday. The penultimate day of the Games will see Paralympic champions crowned in the P4 - mixed 50m pistol SH1 and the R9 - mixed 50m rifle prone SH2.

India will rest their hopes on promising Manish Narwal, who holds the world record in P4 event which he set at the Al Ain 2021 World Cup months ahead of the Games. Bronze medallist in P1 event, Singhraj Adhana will also be in action in the category.

Tokyo has been special for India's javelin throwers. After Neeraj Chopra won India's first gold medal in athletics at Tokyo 2020, Sumit Antil broke three records to win gold at the Paralympics. Navdeep will be in action on Saturday in F41 category, a section for athletes with short stature. India have won three javelin medals at the Para Games in Tokyo.