India failed to defend a paltry total of 124 against England in the first T20I match in Ahmedabad. Catch highlights here 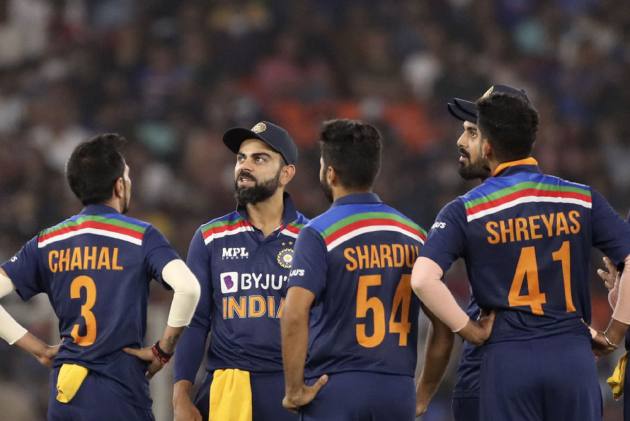 Indian batsmen had little to offer in the face of a regimented English bowling effort on a two-paced track as the hosts received an eight-wicket hammering in the opening Twenty20 International at Narendra Modi Stadium, Ahmedabad on Friday. They struggled to score freely before Shreyas Iyer showed the way with a dogged 67-run knock that took Virat Kohli's men to 124 for seven. And England overhauled the target with ease in 15.3 overs to take a 1-0 lead in the five-match Jason Roy scored a well-calculated 49-run knock while Jonny Bairstow's big hits showed there were no demons in the pitch as the Indians made it seem after being invited to bat by England skipper Eoin Morgan. Roy struck the ball clean and hard to form a 72-run opening wicket stand with Jos Buttler (28), ending any hopes that the Indians harboured of getting back in the game. The second match is scheduled for Sunday at the same venue. Catch highlights of IND vs ENG here:

Here are the playing XIs: