Bangladesh and Pakistan will feature in a two-Test series starting in Chattogram on Nov. 26. Watch BAN vs PAK live in India. 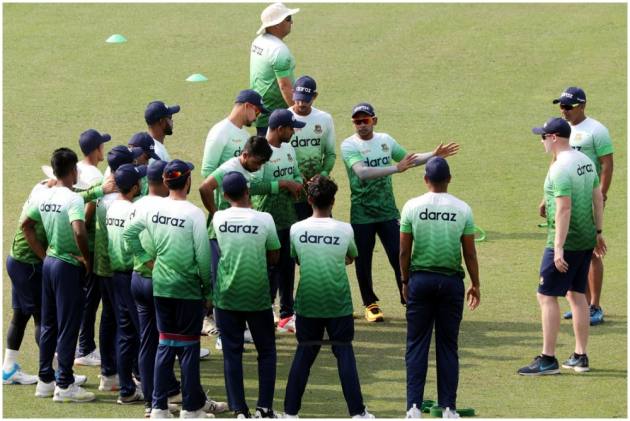 Almost all Test-paying countries are trying to find their next-generation players. If India are blooding Shreyas Iyer and New Zealand Rachin Ravindra in first India vs New Zealand Test in Kanpur, the Bangladesh national cricket team are set to introduce Mahmudul Hasan Joy and Rejaur Rahman Raja in the first Test starting against Pakistan in Chattogram on Friday.

The second Test will be played in Dhaka from December 4. The Bangladesh vs Pakistan 2021 Test series can be seen on live streaming in India. The BAN vs PAK series is not available on TV because India's top sports channels like SONY and STAR Sports have not bought the broadcasting rights.

The absence of a STAR or SONY has provided FanCode an opportunity to bring the Bangladesh vs Pakistan series to Indian viewers. FanCode, India’s premier digital sports destination for all fans, has been exclusively live-streaming all matches of Pakistan’s tour of Bangladesh from November 19. Pakistan won the T20 series 3-0.

The Bangladesh vs Pakistan Test series will be live-streamed from 9:30 AM IST. Live streaming will be available both on the FanCode app and the website.

Apart from Shakib, Bangladesh will also miss veteran opener, Tamim Iqbal, due to a thumb fracture. Pacer Taskin Ahmed and Shoriful Islam are also out of the Chattogram Test. This Test will be Bangladesh's first in the new ICC World Test Championship cycle.

Bangladesh have called up uncapped duo Mahmudul Hasan Joy and Rejaur Rahman Raja for the Chattogram Test to be played at Zahur Ahmed Chowdhury Stadium. It will be a stiff test for the newcomers as Pakistan will start favourites in this series. In the last five Tests between Pakistan and Bangladesh, four were won by Pakistan and one was drawn.

The two newcomers made their way into the squad based on their performances in the longer form of the game. Interestingly, both started with tennis ball cricket, a very common feature among budding cricketers in the sub-continent.

Batsman Mahmudul, 21, has made a promising start to his first-class career with two hundreds in the National Cricket League while medium-pacer Raja, 22, picked up 33 wickets in 10 first-class matches. He was spotted through a talent hunt contest.