It is Sindhu's third final appearance in the season-ending BWF World Tour finals. She had won the title in 2018 to become the only Indian to achieve the feat. Watch Sindhu vs Seyoung live. 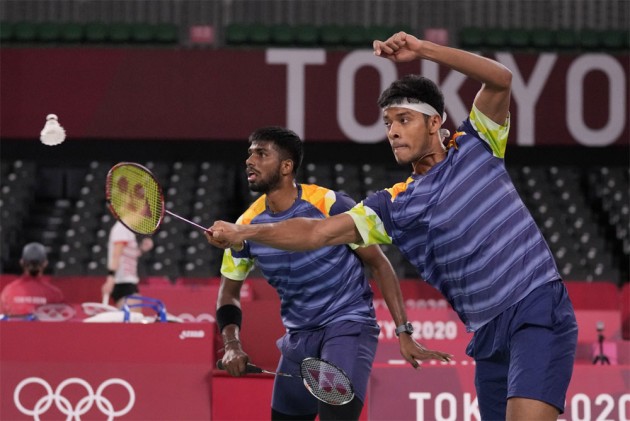 Pusarla Venkata Sindhu or simply PV Sindhu is leading India's medal hunt in the BWF World Tour Finals 2021 in Bali, Indonesia.  After the upcoming Lakshya Sen lost in the semis and the men's doubles team of Chirag Shetty and Satwiksairaj Rankireddy crashed out, PV Sidhu is India's biggest hope for a medal. (More Badminton News)

PV Sindhu will play the women's singles final on Sunday in Bali. The Tokyo 2020 bronze medallist will clash with Korean An Seyoung in the final of the BWF World Tour Finals 2021. Watch live streaming of Sindhu vs Seyoung in India.

Seven Indians, including former world No. 1 Kidambi Srikanth were in fray in various sections and this was the largest ever representation at the coveted year-ending Badminton World Federation championships.

Live streaming of the matches can be seen in India. Live coverage will start at 10:30 AM IST.  Sindhu's match will be after the women's doubles and mixed doubles final.

The USD 150,000 BWF World Tour Finals 2021 see the best players in the world come together. The top-eight players/pairs in the season’s rankings are granted entry.

The players/pairs are divided into two groups of four each. Each player/pair will play every other player/pair in their group in a round-robin format, with the top-two in each group progressing to the semi-finals.

PV Sindhu won the BWF World Tour Finals in its inaugural year in 2018. The next year, Sindhu won the world championship in Basel. At Tokyo Olympics, Sindhu won bronze.  In Rio 2016, she had won silver.