The second Test of India's tour of England 2021 will start at Lord's from August 12. Watch ENG vs IND live 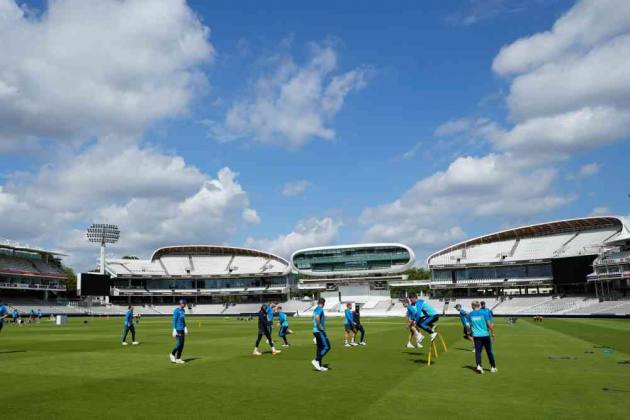 Live broadcast of the second England vs India second cricket Test starting at Lord's from Thursday (August 12) will be available in India. The match can be seen live on TV as well on digital devices. The five-Test series is level after the first Test at Trent Bridge, Nottingham ended in a draw with rain denying India a chase of 157 on the fifth and final day. (More Cricket News)

Day's play will start at 3:30 PM IST and the second England vs India Test match can be seen live as follows:

Live streaming on SONYLiv. This app has to be downloaded either on your smart TV or in your hand-held devices like a mobile phone
Live match can also be seen on TV (via DTH or Cable). Tune in to Sony Six, Sony Ten 3 and Sony Ten 4. You can choose your language for commentary.
All live services are paid and not free.

India are unlikely to change their playing XI from Trent Bridge. In a rain-hit match at Nottingham, India came close to win but the elements interfered. India had a few plusses after losing Mayank Agarwal and Shubman Gill due to injuries before the series. KL Rahul did well opening the innings with Rohit Sharma, the lower middle order led by Ravindra Jadeja batted well and Jasprit Bumrah was the pick of India's quick bowlers with a nine-wicket haul.

England's batting was a major problem in the first Test. The team has lost a bit of balance after Ben Stokes opted out of the series. Except skipper Joe Root, the top order has struggled for runs. Moeen Ali, has been drafted in on the back of his fine performance in the 'Hundred.' All-round Ali has a good record against India in Test matches.