It's the knockout stage of the 2019 Cricket World Cup in England. India face New Zealand in the first semifinal at Old Trafford, Manchester from 3 PM IST today (July 9). IND won the World Cup in 1983 and 2011. NZ have never won it. Live streaming of India vs New Zealand will be available on digital platforms. 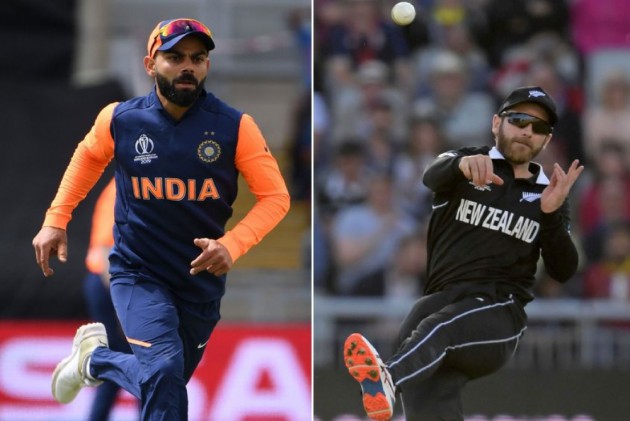 A 31-run defeat to England is all that mars a perfect record for India, and with Rohit Sharma in devastating form with the bat they would certainly be worthy finalists. New Zealand looked on course to cruise into the last four after winning five straight games, but they lost their way towards the end of the group stage and were fortunate Pakistan did not click into gear until late on. What will happen in the first semifinal of the 2019 Cricket World Cup? You can get live coverage of India vs New Zealand through live streaming, live TV and live cricket score. India vs New Zealand is scheduled to start at 3 PM IST at Old Trafford, Manchester today (July 9). (DAY 1 HIGHLIGHTS | SCORECARD)

With the sides are yet to play each other in this tournament due to their June 13 fixture being rained off, New Zealand - beaten finalists in 2015 - may have their work cut out to progress against 2011 champions India, who have won seven matches in the competition and are hot favourites to triumph at Old Trafford. If the match is rained off today, there is a reserve day tomorrow (Wednesday, July 8).

For the record, there have been seven completed matches between India and New Zealand in World Cup history - the Black Caps have edged it so far with four wins. However, India have recorded six victories in their last seven ODIs against New Zealand.

For live streaming, go to HOTSTAR.com. The Hotstar app is a good way to enjoy the entire Cricket World Cup. For payment details, visit the Hotstar website.

Live cricket scores and live commentary can be got from Outlook's Live World Cup coverage.