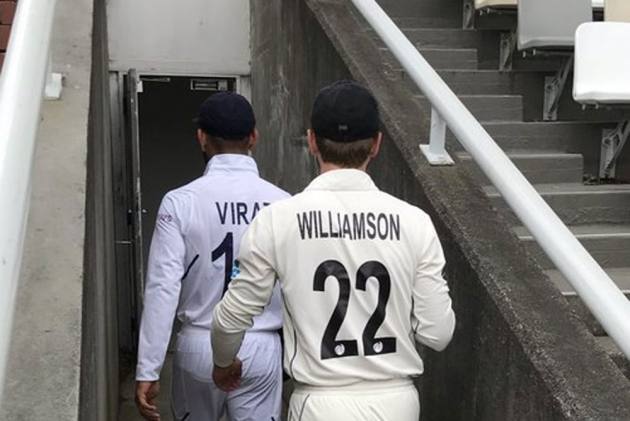 No matter how big the occasion or the stakes, India vs New Zealand cricket matches are yet to gain the status of an India vs Pakistan or Australia vs New Zealand rivalry. But these two contrasting teams (in every aspect) have produced some of the most fascinating contests in the last few years, and they meet once again in another crunch clash. Don't miss the second and final India vs New Zealand Test match.

The match at the iconic Wankhede Stadium in Mumbai starts on Friday (December 3). The IND vs NZ, Mumbai Test will be telecast live on TV, and fans can stream it live. Here's your mandatory read before the crunch ICC World Test Championship match:

India, having won the preceding T20 International series, 3-0, started the two-match Test match series as favourites. They even fielded a second-string XI. But the Ajinkya Rahane-led side was forced to share the honours at Green Park, Kanpur as defiant Kiwis escaped with a draw. Now the focus shifts to Mumbai, where Virat Kohli will return to lead India.

Interestingly, the match will mark the beginning of the Rahul Dravid and Virat Kohli era. Dravid, who replaced Ravi Shastri as the head coach, already guided the national team to a series win with Rohit Sharma as the captain in the shortest format. Kohli is returning to lead the team after a break.

India lead the head-to-head record 21-12 in the 61 previous meetings with another 27 ending in draws. New Zealand are undefeated in the last four matches against India. But the last time they win a Test match in India was way back in November 1988 at the Wankhede, by 136 runs. Since that win, they have lost nine and drawn nine.

ALSO READ: Who Will Kohli Replace In India's XI Vs New Zealand?

The Mumbai Test will conclude the 22nd India vs New Zealand series. India lead the Test series head-to-head record 11-6. India have never lost a series against the Kiwis at home -- played 11, won nine and drawn two.

Weather Report: Off-season rain forced both the teams to cancel their respective training sessions on the eve of the match. And the forecast is not good. There will be rain. But expect a completed match even with delays and stoppages.