India will be gunning for the No. 1 position in the points table when they take on Sri Lanka at Leeds on Saturday (July 6) from 3 PM IST. Live streaming of the 2019 Cricket World Cup match between India vs Sri Lanka will be available on digital platforms. 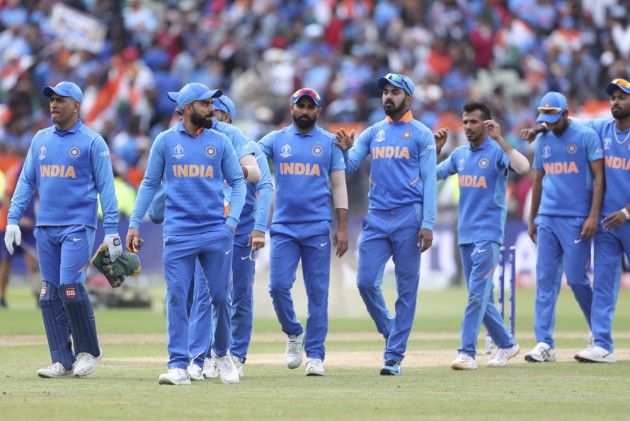 If India (13 points from 8 matches) can beat Sri Lanka at Leeds on Saturday (July 6), Virat Kohli's team will end the round-robin league stage as the No. 1 team on the points tally. But India will have to wait and see how Australia does against South Africa. The defending world champions are playing the second match on Saturday (6 PM IST start) and if they beat South Africa at Manchester, then Australia (14 points from 8 matches) will finish on top of the table. You can follow live coverage of India vs Sri Lanka and Australia vs South Africa through live streaming, live TV and live cricket score. India vs Sri Lanka is scheduled to start at 3 PM IST at Leeds, Headingley on July 6 (Saturday). Australia vs South Africa starts at 6 PM at Old Trafford.

The team finishing first on the table will face almost certainly New Zealand in the semifinals. That will mean India will play England, the only team to have beaten Virat Kohli's team in the 2019 Cricket World Cup. Both India and Australia cannot take their rivals for granted. Sri Lanka are finding form very late in the tournament and Angelo Mathews will like to put together a trademark all-round performance to prove his class against India. Similarly, South Africa, who have played rather poor cricket in this World Cup, will like to end with a hurrah. In the last five ODIs between them, South Africa have won four times. India of course, have beaten the Lankans four times in last five matches and will start favourites at Headingley.

For live streaming, go to HOTSTAR.com. The Hotstar app is a good way to enjoy the entire Cricket World Cup. For payment details, visit the Hotstar website.

Live cricket scores and live commentary can be got from Outlook's Live World Cup coverage.