Namibia will be aiming to continue their winning momentum against Afghanistan in Abu Dhabi on Sunday. Get here details of live streaming of AFG vs NAM. 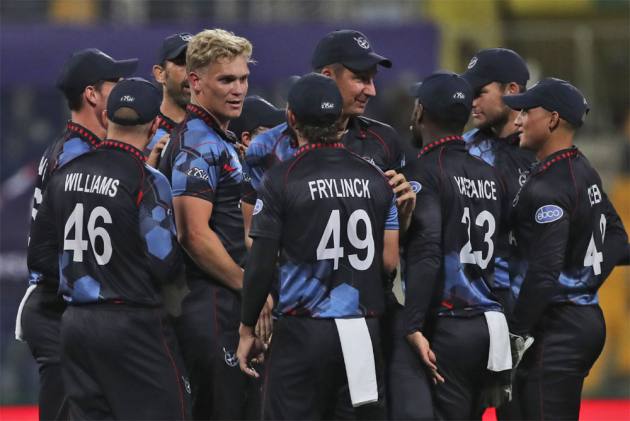 Off to a dream start in the ongoing T20 World Cup 2021 Super 12 stage, Namibia will be eager to continue the momentum when they face a ‘hurt’ Afghanistan in Abu Dhabi on Sunday. The Afghanistan vs Namibia match is scheduled to start at 3.30 PM IST and can be seen on live streaming.

Afghanistan have proven that they are not a team to be taken lightly. With a world-class spin attack comprising the likes of Rashid Khan, Mujeeb Ur Rahman and skipper Mohammad Nabi, Afghanistan were a massive threat in their first two matches.

While they completely bamboozled Scotland in their tournament opener victory, they pushed an in-form Pakistan to the brink on Friday night.

The live streaming of Afghanistan vs Namibia match will be available on Disney+ Hotstar from 3.30 PM IST.

Namibia, on the other hand, will hope to continue their historic run. The country which has a population of 2.5 million and only five cricket pitches has surprised everyone in the tournament.

After handing defeats to Netherlands and Ireland in the qualifiers, the team has managed to script a memorable win against Scotland in their first Super 12 game.

But if Namibia wish to keep rubbing shoulders with the top teams, they need to lift their level, and skipper Gerhard Erasmus is well aware of it.

Namibia's best shot is by putting runs on the board and capitalise on Afghanistan’s relatively poor pace attack. They also hold the advantage of being familiar with the conditions, having played three games in Abu Dhabi.