Check match and telecast details of second Ashes 2021-22, Test match between Australia and England. The Adelaide Test will be a Day-night affair. Australia lead the five-match series 1-0. 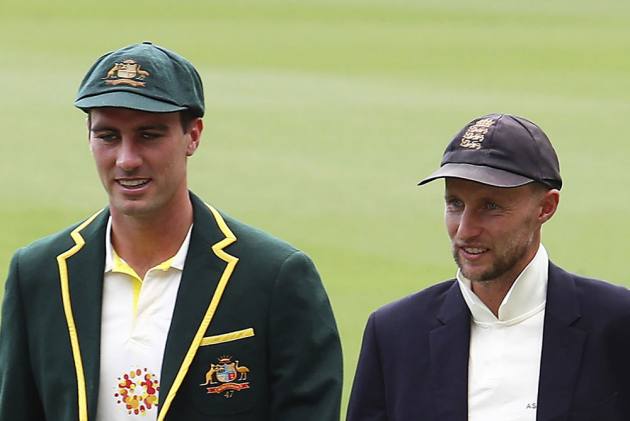 A bouyant Australia will look to defend their perfect pink-ball Test record when they take on traditional rivals England in the second match of the 2021-22 Ashes series in Adelaide, starting December 16. Australia, under new captain Pat Cummins, overwhelmed Joe Root's England in the first Test. The second AUS vs ENG Test match will be televised live and fans can also live stream Ashes 2021-22. (More Cricket News)

Australia are probably the most experienced side when it comes to Day-night Test cricket. They have played eight and won all eight, defeating New Zealand, South Africa, Pakistan, England, Sri Lanka and India. And five of those wins have come at the Adelaide Oval, including an eight-wicket win against India a year ago, featuring that infamous 36.

For England, they have won only one out of their four previous Day-night Tests -- an innings and 209-run win against West Indies at Edgbaston in 2017.

Adelaide was also the venue of the first-ever Day-night meeting between Australia and England in 2017. The hosts won that match by 120 runs. England lost their last Day-night match by ten wickets to India earlier this year.

This will be the 353rd meeting in Test cricket between Australia and England. Australia lead the head-to-head series 147-110 with another 95 matches ending in draws. In the last five matches, the record is 2-2. But England have not won a match in Australia in their last 11 attempts, losing ten of those and all heavy defeats.

So, Australia start the match as overwhelming favourites.

Which channel will telecast the Ashes 2021-22, second Test match live?

Sony Pictures and Sports Network has the broadcast rights for the Ashes 2021-22 cricket series. Second Australia vs England Test match will be telecast live on Sony Six.

How to live stream the Ashes 2021-22, second Test match between Australia and England?

Australia have revealed their playing XI on the eve of the match with Jhye Richardson coming in for Josh Hazlewood. David Warner, who suffered an injury during the first Test, has kept his place in the XI.

England also announced their 12 for the match without Mark Wood making way for Mark Wood.

The five-match Ashes series is a part of the ongoing ICC World Test Championship 2021-23. England were handed five WTC points penalty for maintaining a slow over-rate in the Gabba defeat. Check the latest points table HERE.