Australia women vs India women T20 series can be seen live on TV as well as on digital devices. Check match and telecast details of 2nd T20 match here. 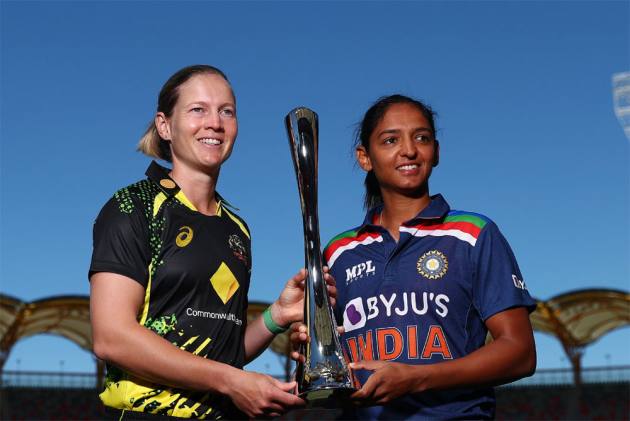 After the no result in the first T20I against Australia Women, India Women will look to play aggressive cricket to finish the tour on a high when the two teams meet again at Carrara Oval, Queensland on Saturday. (More Cricket News)

The first of the three T2Is in Queensland was forced to call off with India 131/4 in 15.2 overs with rain playing spoilsport. It was the first meeting between the two sides in the shortest format of the game after the ICC T20 World Cup final on Match 8 last year.

Bolstered by Jemimah Rodrigues' return to form, India will look to come out all guns blazing in the second match. Criticised for her consistent failures and after losing her place in the 50-over set-up, Jemimah made a sensational comeback with an unbeaten 49 off 36 balls in the first T20I.

Smriti Mandhana and Shafali Verma have been in good form during this tour, having played pivotal roles in the drawn Test and also gave India a rollicking start in the first T20I. Harmanpreet Kaur also joined the team in the first game after missing the ODI leg and the Day-Night Test owing to a thumb injury.

Australia boast a number of quality all-rounders in the shorter formats and the hosts will depend on them to tame the Indians. Captain Meg Lanning has plenty of options and she will hope the young stars will deliver in the next two matches.

All-rounder Tahlia McGrath, who was impressive in the pink ball Test, conceded 14 runs on debut in the only over she bowled on Thursday and she will be itching to prove a point. Young Hannah Darlington too will look to grab the opportunities.

The hosts also have plenty of experience in Ellyse Perry, Alyssa Healy, Meg Lanning, Ashleigh Gardner and Beth Mooney to trouble the Indians.

Australia have won the ODI leg, 2-1; then the two teams played a draw in the historic pink-ball Test. The tour concludes with the third and final T20I on Sunday (October 10) at Carrara Oval.