Live Streaming Of Australia Women Vs India Women, First T20 At Gold Coast: Where To See Live And Match Timings 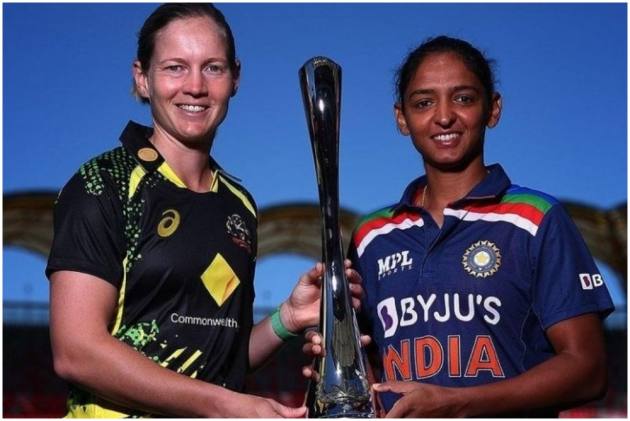 After dominating Australian women in the one-off drawn day-night pink-ball Test match, India women will be oozing in confidence when they take on the hosts in the first of three-match T20 international series at Metricon Stadium, Gold Coast. (More Cricket News)

This is the first time both the teams are facing each other since the ICC T20 World Cup final on Match 8 last year. The AUS vs IND T20 series can be seen live on TV as well as on digital devices.

The Indians have adapted to the conditions pretty quickly. Although the Women in Blue lost the ODI series 2-1, Mithali Raj and Co, defeated Australia women in the final ODI to end the hosts' 26-game unbeaten streak.

India women will be boosted by the return of captain Harmanpreet Kaur, who missed the ODIs and Tests due to a thumb injury. All eyes will be on the opening duo of Shafali Verma and Smriti Mandhana, both of whom were in top form. Smriti Mandhana also became the first Indian woman to score a century in a pink-ball Test.

Jhulan Goswami, who led the bowling attack in both ODIs and the Test, will not be there in T20s and Shikha Pandey will lead the attack in her absence. Youngsters Meghna Singh and Pooja Vastrakar will also play a big role in the bowling setup along with Pandey. The middle-order will have Richa Ghosh and Yastika Bhatia to chip in.

For Australia, they will be boosted by the return of pacer Tayla Vlaeminck. Hannah Darlington could be in line for her T20 debut. Tahlia McGrath may also get her maiden T20 cap.

Where the Australia Women vs India Women 1st T20 international match will be livestreamed?

The SonyLiv app and website will be live streaming the Australia Women vs India Women 1st T20 international live.