Live Streaming Of Bangladesh Vs Pakistan 2021 Series: Where To See BAN Vs PAK Series Live

The Bangladesh vs Pakistan 2021 will start with a T20 series starting in Dhaka on November 19. Watch live. 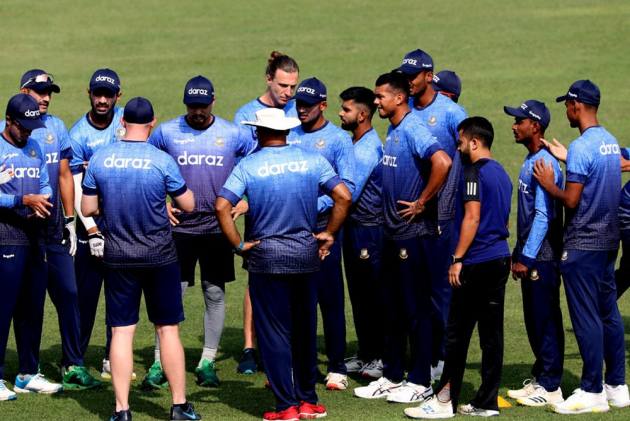 At a time when Indian broadcasters are willing to shell out billions of dollars to buy broadcast rights of major cricket events, the Bangladesh vs Pakistan series, starting at 1:30 PM IST in Dhaka on Friday, has not attracted any major broadcasting house based in India. But the good news is that live streaming of BAN vs PAK will be available in India.

For Indian cricket viewers, it was a feast for the last two months as IPL was followed by the ICC Men's T20 World Cup in UAE. Both events were live telecasted on STAR Sports and live streamed on Disney+ Hotstar.

Cricket lovers continue to enjoy Indian cricket as STAR Sports is live broadcasting the India vs New Zealand series that started with the first T20 in Jaipur on Wednesday. The second match will be played in Ranchi on Friday. Live streaming will be available from 6:50 PM IST.

But an equally exciting series between Bangladesh vs Pakistan will be missed in India for TV viewers. Global broadcasting rights of major sporting events like cricket, football or the Olympics usually lie with STAR Sports or Sony but both giants have ignored the Bangladesh property.

Even Eurosport, which picks up TV broadcast rights of fringe tournaments and low-key events, has also shown no interest in the Bangladesh vs Pakistan series. Neither has the Reliance group.

FanCode, a digital sports destination run by a top fantasy sports operator, will live streaming the Bangladesh vs Pakistan matches in India. The first T20 between Bangladesh and Pakistan starts at 1:30 PM IST.