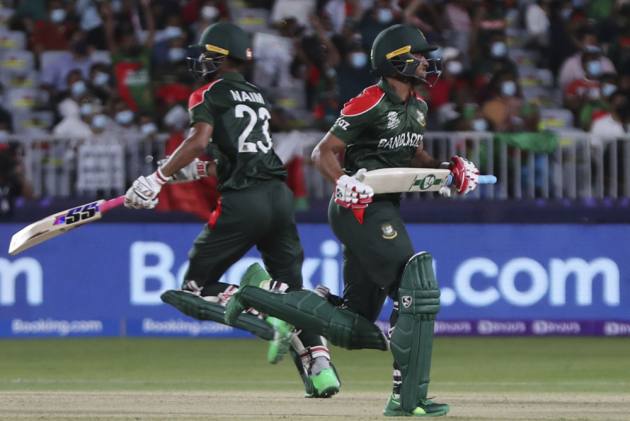 Bangladesh were the hot favourites to win Group B of ICC Men's T20 World Cup 2021. But the Tigers now face a must-win game against unfancied Papua New Guinea in the final First Round, group match to keep their Super 12 qualification hopes alive.

They suffered a humiliating six-run defeat at the hands of Scotland in their opener. But the Mahmudullah-led side revived the campaign with a convincing win over Oman.

For Papua New Guinea, after losing both the matches -- to Oman and Scotland, the chances of making the Super 12 are effectively over. But a massive win against Bangladesh and with a favourable result in the other Group B match between Scotland and Oman may yet help their cause.

What They Need To Do

Bangladesh will need a win to make the Super 12 hopes alive, as they only have two points from two games. They are placed third with a net run-rate of +0.500. But that's not all.

Like Papua New Guinea, Bangladesh would also hope that Oman lose to Scotland, who have already qualified from the group.

Papua New Guinea still have an academic interest in the match. They are yet to open the account and have a negative net run rate (-1.867). A simple win will not be not enough, though. If they beat Bangladesh and Scotland hammer Oman, three teams will have two points each, making things interesting.

This will be their first-ever T20I meeting. Overall, Bangladesh have played 114 matches, with a win-loss record of 42-70. Two matches were no results.

Papua New Guinea have played 30 matches, and they have a 17-12, win-loss record with one no result.

Star all-rounder Shakib Al Hasan remains Bangladesh's main player, while the likes of Mustafizur Rahman and Mahedi Hasan can derail any side. Skipper Mahmudullah, Mohammad Naim and Liton Das will be eager to score runs.

Up against a very strong side, Papua New Guinea will need their skipper Assad Vala to lead from the front.