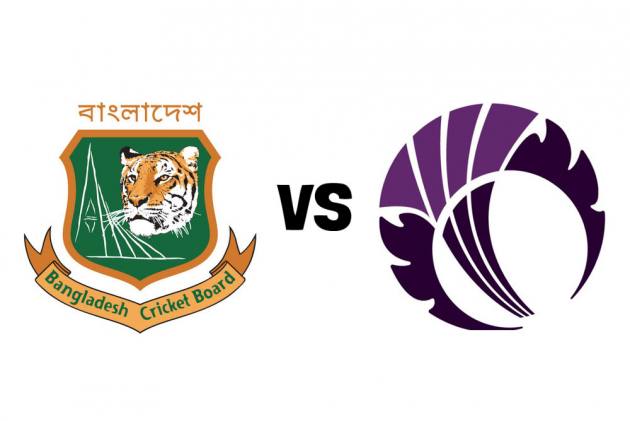 After losing both their warm-up matches, Bangladesh start their ICC T20 World Cup 2021 campaign with a Group B fixture in the qualifying round against Scotland in Al Amerat, Oman on Sunday.

Bangladesh have been drawn alongside Scotland, Oman and Papua New Guinea. They are expected to top the group and qualify for the Super 12 stage. And if they manage to qualify, Bangladesh will join India, Afghanistan, New Zealand, Pakistan and Group B winners in the Super 12.

For Scotland, the win over the Netherlands and Namibia in the warm-up fixtures should give confidence as they look to enter the main round of an ICC event for the first time.

With a mix of experience and youth, Bangladesh have a very strong side. Skipper Mahmudullah is a seasoned campaigner, while the likes of all-rounder Shakib Al Hasan, coming off some good performances for KKR in the just-concluded IPL, Mushfiqur Rahim, Soumya Sarkar and pacer Mustafizur Rahman are the key players for Bangladesh.

Scotland captain Kyle Coetzer will be expecting George Munsey, who has been in good form of late, to be at his best. Coetzer, Calum MacLeod and Richi e Berrington will provide support in the batting department. The bowling unit will see Brad Wheal and Josh Davey operating together, thus giving weight to an attack led by Safyaan Sharif.

This will be their second meeting. In their lone meeting so far, Scotland defeated Bangladesh by 34 runs in 2012.

Overall, Bangladesh have a 41-69 win-loss ratio in T20Is against all countries, with two no results. Scotland have played 70 T20Is, with a 31-35 win-loss record. There was one tied match, and three no results.