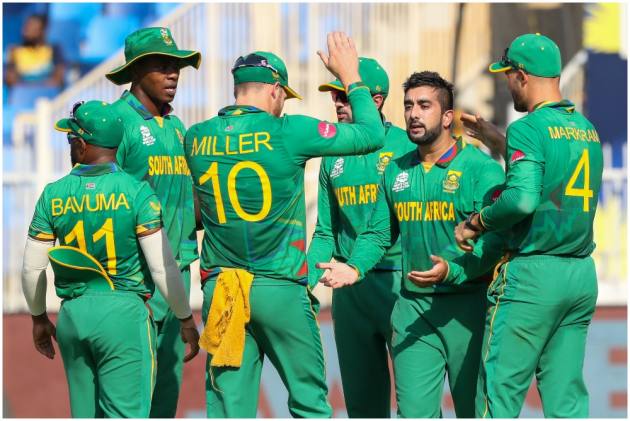 South Africa have played Bangladesh only once in the T20 World Cup. The sides met in the inaugural edition in 2007 and South Africa won that match by seven wickets.

With two wins from three games, South Africa sit just below the Group 1 table leader England in the ongoing ICC Men’s T20 World Cup 2021 in the UAE. The Proteas swapped places with Australia after their last-over win over Sri Lanka in the Super-12 stage. While Australia moved down after being dismantled by England.

South Africa vs Bangladesh will be live telecasted on TV and live streamed on digital devices from 3.30 PM IST. The dark horse, South Africa, have a better net run rate of 0.210 as compared to third-placed Australia's -0.627.

David Miller took a leaf out of Asif Ali's blitzkrieg as the South African's 13-ball 23 not out tilted the match in favour of the Proteas against Sri Lanka. His performance in the lower order means that South Africa can bat deep and even if their star players fail, the Proteas tail won't let their ship sink that easily.

On the other hand, Bangladesh's problems seem to have no end. Already struggling with their batting and fielding, Bangladesh suffered a massive blow as their star player Shakib Al Hasan will miss the remainder of the T20 World Cup. The all-rounder has suffered a hamstring injury.

Bangladesh are in the bottom of Group 1 with three defeats from as many matches. Their chances of making it to the T20 World Cup knockouts is out of the question.