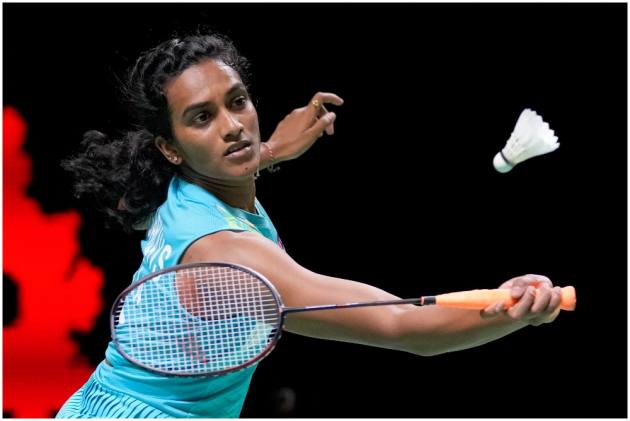 After finishing runner-up against An Seyoung at the World Tour Finals last week, India’s PV Sindhu will begin her BWF World Championships title defense against Slovenian Martika Repiska in the women’s singles second round. Sindhu got a first-round bye. (More Badminton News)

Seeded sixth in the event, the two-time Olympic medallist, Sindhu is the only Indian in the women’s singles category. With Carolina Marin withdrawing from the BWF World Championships 2021 at the eleventh hour after failing to regain full fitness, it also gives Sindhu a chance to retain her title.

If everything goes well, Sindhu could land up against in-form Thai shuttler Pornpawee Chochuwong in the third round. A win against Chochuwong could pit Sindhu against her nemesis and world No.1 and top-seed Tai Tzu Ying in the quarterfinals.

Interestingly, Marin had also missed the 2019 edition of the tournament as Sindhu went on to win the women's singles title. Can Sindhu recreate her 2019 magic this year?  Earlier, 2012 London Olympics medallist Saina Nehwal also pulled out of the competition due to injury.

In the men’s event, Kidambi Srikanth will lead the Indian charge which also has B Sai Praneeth, HS Prannoy and Lakshya Sen in the mix. The Indian men will also breathe a sigh of relief as world No.2 Kento Momota, No.5 Anthony Sinisuka Ginting and No.7 Jonatan Christie all have withdrawn from the event.

Lakshya, who became the youngest Indian to qualify at the BWF World Championships faces Max Weisskirchen. A win against the German will pit Lakshya against 15th seed Kenta Nishimoto in the second round and if the Indian manages to get past the Japanese, his passage to the semifinals can become very smooth.

12th seed Srikanth will face Spaniard Pablo Abian in his first-round clash while off-colour B Sai Praneeth plays Mark Caljouw of the Netherlands in the opening round, who defeated him at the Tokyo Olympics. HS Prannoy faces NG Ka Long Angus in his first-round encounter.

India’s men’s doubles pair of Satwiksairaj Rankireddy and Chirag Shetty got a first-round bye. The winner of Fabricio Farias and Francielton Farias of Brazil and the Taiwanese pair of Lee Jhe-Huei and Yang Po-Hsuan will face the Chirag-Satwik duo.

Meanwhile, Sheuli claimed the top place on the podium with an effort of 316kg (143 + 173) in the 73kg category. He had won a silver in Junior World Championships in May.