Kidambi Srikanth is the first Indian men's badminton player to reach the singles final of a BWF World Championships. He plays Singapore's Loh Kean Yew in the final on Sunday. Watch live streaming. 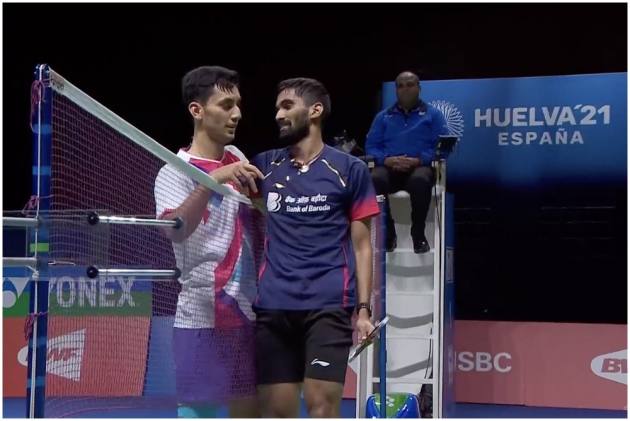 Srikanth etched his name in the history books when he came from behind to beat compatriot Lakshya Sen in an all-Indian semifinal on Saturday night. Kidambi Srikanth, a former world No.1, saw off Sen 17-21, 21-14 21-17 in a thrilling contest that lasted an hour and nine minutes.

Ranked 22 in the world, Loh Kean Yew survived a stiff challenge from Danish Anders Antonsen in the semifinals to set up a final date with Srikanth. Kean Yew won 23-21, 21-14. Both Srikanth and Kean Yew have met only once in the past during the 2018 Commonwealth Games. This will be Yew's maiden world championship final.

No other Indian male shuttler has won gold in the BWF World Championships and Kidambi Srikanth stands a great chance to become the first one to do so. Sen (2021), Prakash Padukone (1983) and B Sai Praneeth (2019) have all settled for bronze medals.

Saturday’s win was a huge moment not only for Indian badminton but also for world No. 14 Srikanth, who had endured injuries and a loss of form that saw him miss the Tokyo Olympics earlier this year, since winning four Super Series titles in 2017.

Earlier in the tournament, Kidambi Srikanth defeated Pablo Abian (Round of 64), Li Shi Feng (Round of 32), Lu Guang Zu (Round of 16), Mark Caljouw (quarterfinal) and Sen (semifinal) en route to the summit clash. Srikanth’s last medal came in 2019 when he had to settle for a silver at the India Open losing to Viktor Axelsen in the final.